On January 31, KBS made an official announcement on reasons why they decided not to air the TV series City Conquest through their network.

KBS said, “We are very sorry that the production company for the series insists that our decision is an arrogation. They even said that we are feeling constraint in the new government, which is completely not true.”

“We held four meetings to review the series and whenever the series receives suspension we asked the production crew to make up for the weak points in the series.”

“However, the recent proposal that they handed in for the latest meeting is insufficiently competitive and contains a lot of violence to air through public broadcasters. That’s why we decided not to air the series,”

“We clearly stated on the letter that if the script for the series is insufficiently competitive, it is not allowed to air. Even though we made the decision through our official system, the production
company is insisting that we are feeling constraint in the new government. They also used an expression on defamation of character.”

KBS added, “We are determined to sternly deal with the insist that the production company made.”


So much drama, I hope these issues will be resolved soon.

An article was released today about KBS rejecting ‘City Conquest’ and it got a little sensitive. In some point, I can’t blame KBS in regarding to this as the government is now one of the factors.
The articles are kinda long so let me just summarized it for you.

About the recent controversy of ‘City Conquest’ being rejected by KBS wasn’t really explained how and why.
And now they released a more thorough explanations.
▶ Media Baek actually received a letter of intent from KBS and was given a grace period to change writers until Jan 2013.
▶ KBS said that the violence of drama is considered inappropriate.
▶ KBS drama department organized a consultation process and requested by the senior officials to replace the drama’s writer, script, actors,and the big production cost.
▶ KBS is trying to be careful this time that their government is under new management.
▶ City Conquest is a story of revenge to the society, that’s why KBS wanted for the storyline to be changed.
▶ The content and feasibility of the drama is inappropriate to their newly inaugurated administration.
▶ But according to Media Baek, the storyline of City Conquest is just fiction (So nothing to worry about, it will actually help to improve growth and development for Korea).
▶ Baek Media also said that because of Kim Hyun Joong, the amount earned domestic and foreign is surprisingly high.
▶ To the fans waiting, Baek Media promised to implement a desperate effort and become the forefront of cultural export for Kroean Dramas.
▶ KBS drama department should acknowledge the fans domestic and foreign as soon as possible (not sure of this)

So basically, City Conquest got rejected because of Korea’s new government. KBS probably is now being too careful not to get sued by the government for airing such drama with violence and revenge.
Since government is now connected to this issue, I think we might have to wait a little more longer for City Conquest.

Kim Hyun Joong’s drama ‘City Conquest’ was originally scheduled for a time slot with KBS but was recently rejected for what the production company is claiming “government intervention”. In a press release, they detail all of the demands KBS made, including switching out script writers, editing the scripts, switching out parts of the cast, etc, which they all complied with out of pressure.

In the end, KBS decided to drop the drama all together after a certain switch of power in the higher ups. “KBS officials told us that the reason they could not air the drama was because despite its superior content and business potential, the depiction of violence was not the right fit for a time when the government is making a new start.”

KBS came out with their own statement saying that their claims are unfounded. “The drama features too much violence and revenge themes and makes a mockery out of the police. We thus felt that it was inappropriate for broadcast.”

3. [+91, -11] I agree, they should cut production on Iris if they’re really worried about all this violence… The drama’s just full of gun fights.

7. [+70, -12] Just turn everything into cable. MBC and KBS are too busy standing around on their knees for the government like little puppets.

9. [+38, -10] What a comedy… Since when did the government care about making sure all of the dramas were positive whenever someone new was elected.

10. [+29, -8] They should just give the drama up and let the actors go their separate ways… They’re wasting their time holding them down for this long… They can’t even do anything else while they’re waiting. 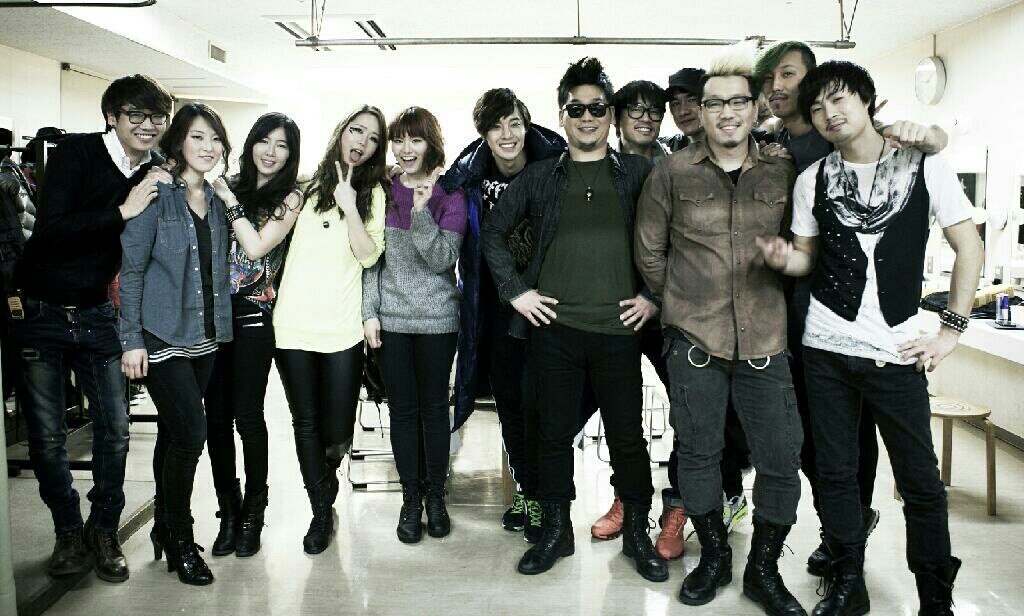 KHJ’s “scars” from the time of the SS501 Destination publicity during a motorcycle accident 2010! cr Bbbitbit

***This is an old interview by KHJ sometime I believe in 2010 .  . .but it’s a very enlightening interview.  BTW,  I believe the motorcycle accident was in 2010.  This is a very revealing article of KHJ’s 5 year plan. Unfortunately, the drama part isn’t working out right now with City Conquest not being aired (I’m still very disappointed by it)…hopefully, he’ll be able to meet that goal soon… at least before his enlistment in the army.  But on the bright side…he has exceeded his goal as a singer, because rather than 2 albums, he’ll have at least 4 mini albums and one full album before the end of 2013…:)  I just hope the drama/movie goal will work out as he planned.  KHJ Fighting!***

Anyway…here is the excerpt of his interview:

Singer and Actor Kim Hyun Joong (24) had a motorcycle accident and cheated death, before the commencement of his solo work apart from SS501.
The cruelty of such a happenstance right when he had to begin working solo on his own led to a focused outlook in life.

Heartily enjoys the work he likes, while forgoing all distractions.
Harbouring an increasingly calm mentality, and gradually permeating through the whole of Asia.

In a recent interview, Kim Hyun Joong mentioned, for the first time ever, the facts about his motorcycle accident.

On 28 May afternoon, on a road in Seoul’s Gangnam, Kim Hyun Joong, driving with his friend on a motorcycle as a passenger, was hit from behind by another vehicle.

Helmets and protective gears fell apart. It was a major accident.
His right arm and elbow suffered from 3 fractures.
His left knee cartilage was injured as well.

‘It could have been a fatal accident, but luck was on our side.
The motorcycle is not a good vehicle to carry passenger but I was travelling with a friend that day.  My over-100kg friend flew from the vehicle and I fell atop him.  Thus, I landed on the ground with less impact due to the buffer.’

After the release of the final mini-album at his former company, the period before the end of his contract was a critical moment when he worried about the repercussions of the accident.

He was also concerned that there may be discussions about his enlistment.  He can only bear his guilt during treatment till his discharge from the hospital.  With the end of the filming of the drama, he is currently undergoing a full body check-up.  ‘I will definitely enlist. But I shall not receive any further more body check-up till then.  I would not want anything, no matter how small, to become a hindrance to my goal.’

Due to the accident, his will to carry out activities is even stronger.
Kim Hyun Joong said, ‘I do not like to rest. Happily working, I’ve never had a moment when I feel like resting. I would like to give it all… when I can still sing, dance and act.’

In the aftermath of his accident, the process in which he signed with his new company also became a hot topic. Even though several companies offered him billion-dollar contracts, Kim Hyun Joong chose to sign with his current company which offered a much lower fee.

His pride as an artist led him to refuse the high pay but accept a domestic car, which in turn led to further misunderstanding from some fans. The gift of a car in replacement for higher pay was suggested by representatives from his new company.

‘I do not work with the aim to earn money.  If I do, I shall have to bear all the negative effects.  What I want to do is to display my stage and my work to all of you.

Pre-Enlistment: 5-year Plan
On 12 November, he participated in the Asian Games Opening Ceremony with a stage performance of the theme song ‘Sunshine Again’, gaining the chance to show himself to 1 billion viewers.‘It is the biggest stage in my life.Besides the billion who viewed on TV,
there were one hundred thousand spectators on the spot which created such a grand stage that I felt overjoyed and lost for words, with the thought that my name would appear on such a stage.’His drama ‘Playful Kiss’ was highly popular overseas, but the low domestic rating was still a bitter pill to swallow.

‘Now I am more confident.  The next drama will bring about even more difficulties, thus the main issue here is to become an actor with the right attitude and mentality.’

Now, he is preparing for his solo album to be released in May next year,
and planning to attend a 3-month music studies in the United States early next year.

‘I would like to learn more about stage performance, dancing and singing, while building up my physique.  I have already submitted a learning plan to a famous teacher from LA Millennium Dance School, and shall present a music that is different from SS501.’

24 hours a day, he wonders about his future plans.  He said, ‘My future 5-year plan is already in place. Each year, I shall participate in a drama and a movie, release 2 albums, hold a concert tour, and release a Japanese album.’

‘On the eve of my enlistment 5 years later, I prepare to hold, for all my fans, a large-scale free performance.’