Thank you all for another year of roller coaster ride with our ONLY ONE!!!

Wishing you all the BEST of HEALTH and GOOD LIFE for 2014!!!

We are counting days before KBS show the premiere of Inspiring Generation.

Of course we are not totally in the dark of what is happening. Or a least have peeks here and there though they are careful not to show the actual shooting of scenes like in City Conquest.

Curiosity kills the cat(s) they say. Or rather it disturbs the concentration of our actors. So we content ourselves with posters and still shots. and the informal albeit precious shots of HJ and other members of the cast in between work.

It is heartwarming to see they were having fun on the set in spite of the winter weather and the complex shooting scenes. The aegyos and camaraderie boosted the morale of the cast some of which are reunited from past previous dramas they worked in. When people are happy while working,they are no longer working according to a popular adage. The human spirit is flexible and adaptable. Whatever is missing can be filled up by the accommodating mind and heart.

We are given heads up by what we see -advance notice on their progress and what they have been accomplishing. It is now up to the after shoot production people to polish, add on, subtract details to make a comprehensible and believable drama.

Kim Hyun Joong’s capabilities are buoyed by his self confidence; he is physically and mentally prepared for the drama. He believes we are here to support him, his team assist him and most of all the cast members are doing their best. Many are veteran actors. KBS, PD and KE are all on the same boat. How could the drama fail?

And so we wait. Patiently. We want more than ever for KHJ to fulfill his goal to be a good if not outstanding actor. We look for the signs the heaven is smiling down favorably. After all, good intention move waters and mountains.

Ah, the rating -a fly in the ointment. A low rating is a drawback not seen at first but later specially as it accumulate. It looks so simple-less viewers equals low rating. But why less viewers-now, that’s the complex part of the equation. Look at the time or schedule of the drama. Look at the viewing habits of drama watchers. Who is most likely to watch this drama? What dramas are also showing before the IG started(meaning ahead not contemporaneous) and during the time it is showing?The answers to these questions have long been the crux of the battle among the drama people. If only these factors can be placed under anyone’s control. It isn’t being negative, but plain realistic. People who invested in the drama will agonize over this including the actors. Whoever said the latter are not bothered by low rating must be living in another universe.

Then again watching dramas can be out of preferences. But nothing, yes nothing can detract from showing work with solid storyline and sound directing, reputable cast and good acting.It is hoped with fingers crossed IG does not and will not have the usual afflictions of Kdramas -predictable plot, dragging episodes, too much repetitions of past scenarios, weak character development, hurried ending among others.

Be that as it may, the rating is the fly in the ointment. But only if it is bad that we want to shoo or smack it away.

For those who missed the Post about his Interview … Here is the link: 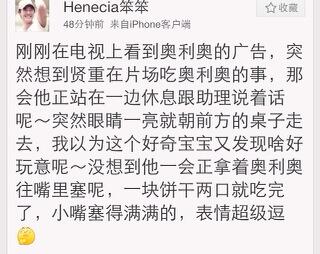 20131227 today is colder than yesterday, requirement is 15 female extras older Koreans, Henecians would not meet the requirements. 8:00 start, Hyun Joong was nipped, soon after the director cut, his face looked ’crying face‘ looking at cody, cody holding down jacket quickly rushed to him, hold up her hands to warm up his ears and also combed his “hair” [laughing]. Assistant also gave him a cervical massage ^^
PS: Cute Prince ^^[Thanks Cody for always taking good care of Uri HJ..Kamsahamnida!!!]