HAPPY CHUSEOK DAY TO ALL!!!

Court is known to dislike that words they haven’t said are being wrongfully mentioned outside the court or being misrepresented in media.

Henecia, we don’t have to get tired or impatient.
Atty Lee is doing awesome^^

Eng Trans: The seasons are changing so please be careful to not catch a cold. – Credit:  Nixie ‏@NixieNikrosis 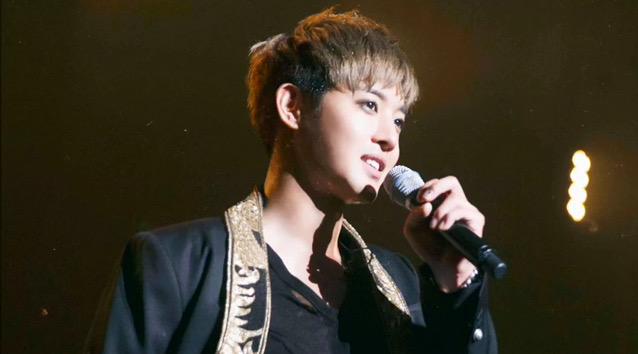 Bruise in DP pic on left arm, in SBS pic on right arm.  Someone saw A 3 days later, and said no bruise anywhere. None in pics taken 8 days later –  Translation Credit:  sunny☀️ ‏@sunsun_sky

HJ side “If A’s child turned out not HJ’s, will take both civil & criminal legal actions (against A)” –  Translation Credit:  MichLui ‏@Princessmich123

.Q: What does it mean KHJ admitted abortion in July last yr?

Atty Lee: KHJ was told and thought she had abortions in May/Jul/Dec. Per statement of fact returned, there was a record of abortion in July.

Q: If enough evidences, why is 4th hearing set

Seon:  because the accused’s side.. we intend to file paternity suit, I dont know why the accused is denying it.-  Translation Credit:   sunny☀️ ‏@sunsun_sky

Didn’t she tell the world she wanted to raise the baby alone??

K-Day newsletter 【xportsnews】
Sept.23rd, Seoul Central District Court civil section 25
Kim Hyun Joong and ex-girlfriend Choi on damages lawsuit third round defense.
Choi’s counsel submitted to the judge a few text messages & the pregnancy supporting data.
And said “for whether the Choi child own it or not, disagreement and Kim Hyun Joong, the truth will be cleared in court.

Whether they drag civil litigation or not, criminal investigation begins after Moon Festival!!  MWAHAHA! Hope its investigation in police custody!!!

Translated from Korean by Bing


According to article, no medical record or photos as evidence..only text messages again!

Since Seon submitted tons of text messages “today”, court need time to review. That made another trial..

Translated from Korean by Bing

Kim Hyun-Joong’s father was “a bad day so gotta get down,” he said. Also 17, Hyun-Joong Kim lawyer opened the press conference by Mr. A paternity test needs since there is no any contact from the side of the Equator received.

Next trial will be a public hearing. Hope AttyLee will trash 🐷 hard in public! This fake lawyer 🐷 needs to be put to shame for his nonsense😡

The so-called ‘massive amount of info’ expected (from A & pighead) turned out to be txt messages!!

KHJ’s parents are there for KHJ since he can’t be there and KHJ’s dad says it’s really terrible that we have to come to this point.  KHJ’s lawyer said girl side’s so called evidence are full of lies not have truth  –  http://m.media.daum.net/ 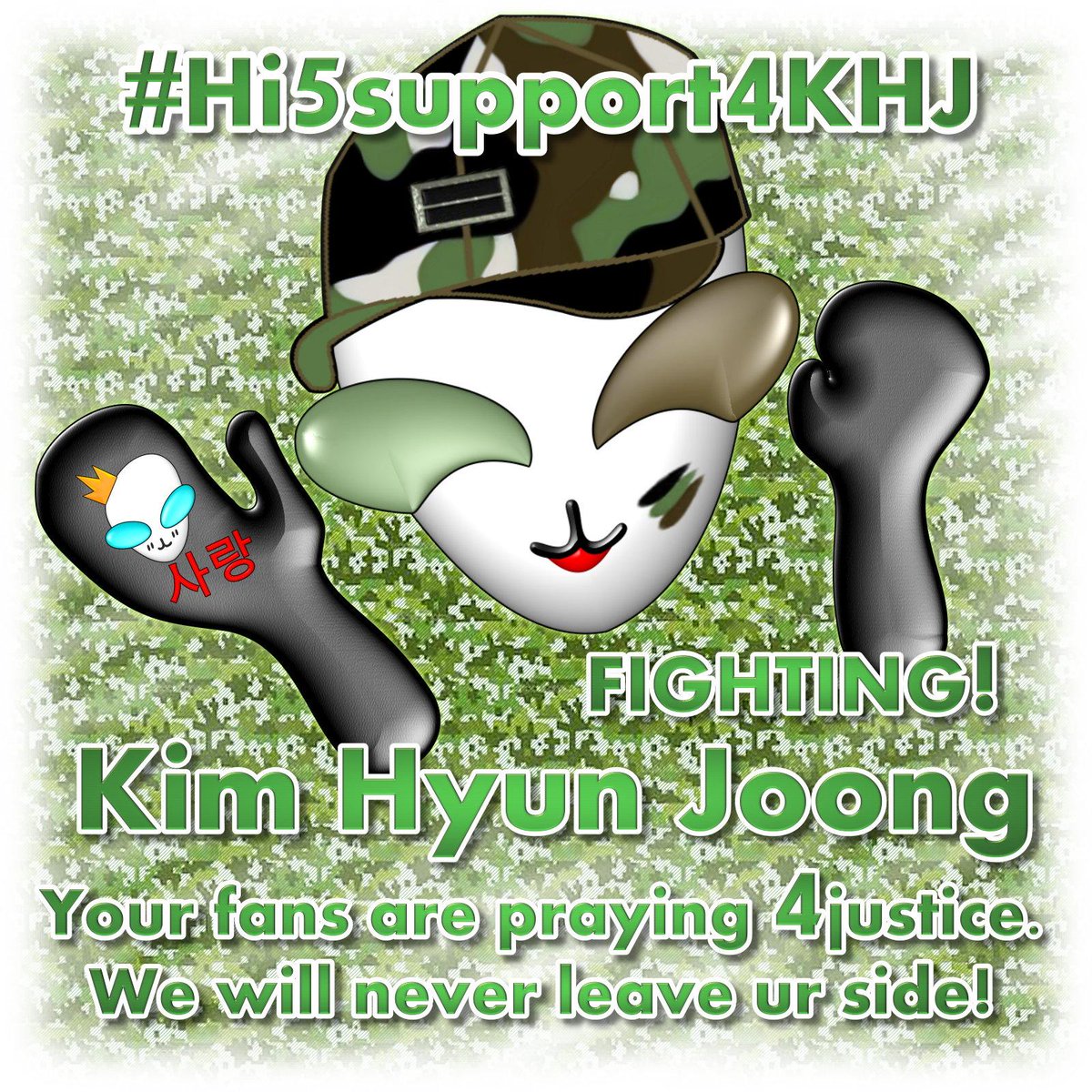 Account of Meal Cart Ahjusshi
Based on Chinese translation by @倪嘉路Karenkim13

Regarding KHJ who is currently serving in the army…… Just to clarify, I only wanted to tell of my impressions of that short period of time, I don’t have much to say regarding the sensitive matter currently at hand.
During that time, he was in the midst of filming Inspiring Generation and seemed to have attained a little recognition for his acting.
There were many staff onsite, the food we’d prepared was of high quality, KHJ waited in line for his turn.
Normally the manager would bring the food to the hero in question to be eaten in the comfort of his van or office, but this friend didn’t put on any airs and queued up for more than 10 mins waiting for his meal.
Isn’t that a reasonable thing?
With a city’s restaurant or company eatery its natural to queue up, but for KHJ the fans had spent some millions of won to treat him, so of course onsite he was the main hero among the heroes.
Usually when dinner is being treated, the assistant director will usually say prior to eating who and who is treating ! To the accompaniment of applause and the answer that they would enjoy the meal with thanks that and words to that effect. KHJ never publicized it in that manner. The fans had for the sake of the actor they liked spent money on treating dinner, this mode of tribute and answer was something he was famous for….

There are those who have not met him personally but based on some reports revile him; however, even based on a short and brief first glance, this friend seemed to be very manly, of a style that does not appear to express things outwardly.

Kim Hyun Joong based on the reports would seem on the surface to have done wrong. I have some doubts regarding these (reports), and am cheering for him that he manages to resolve and overcome all his difficulties.

Since 28Jul2015 criminal suspect A has been banned from overseas travel by Prosecution office. Today is the 57th day 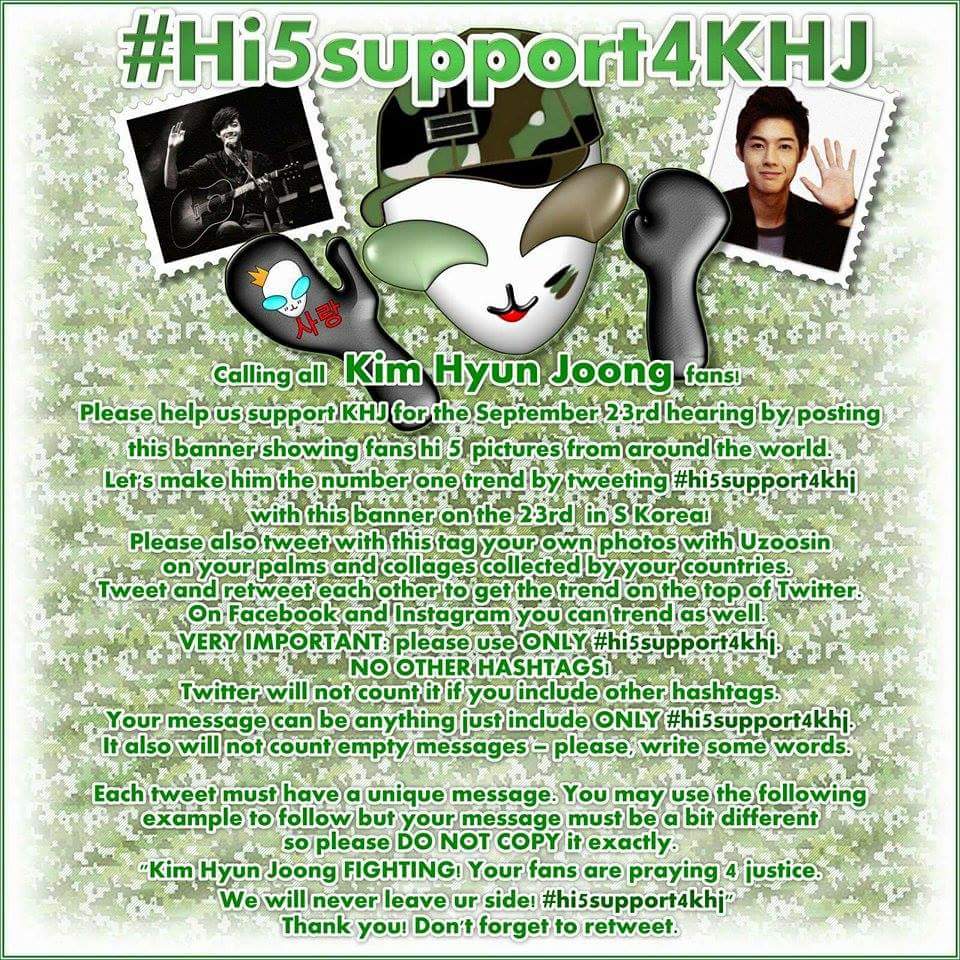 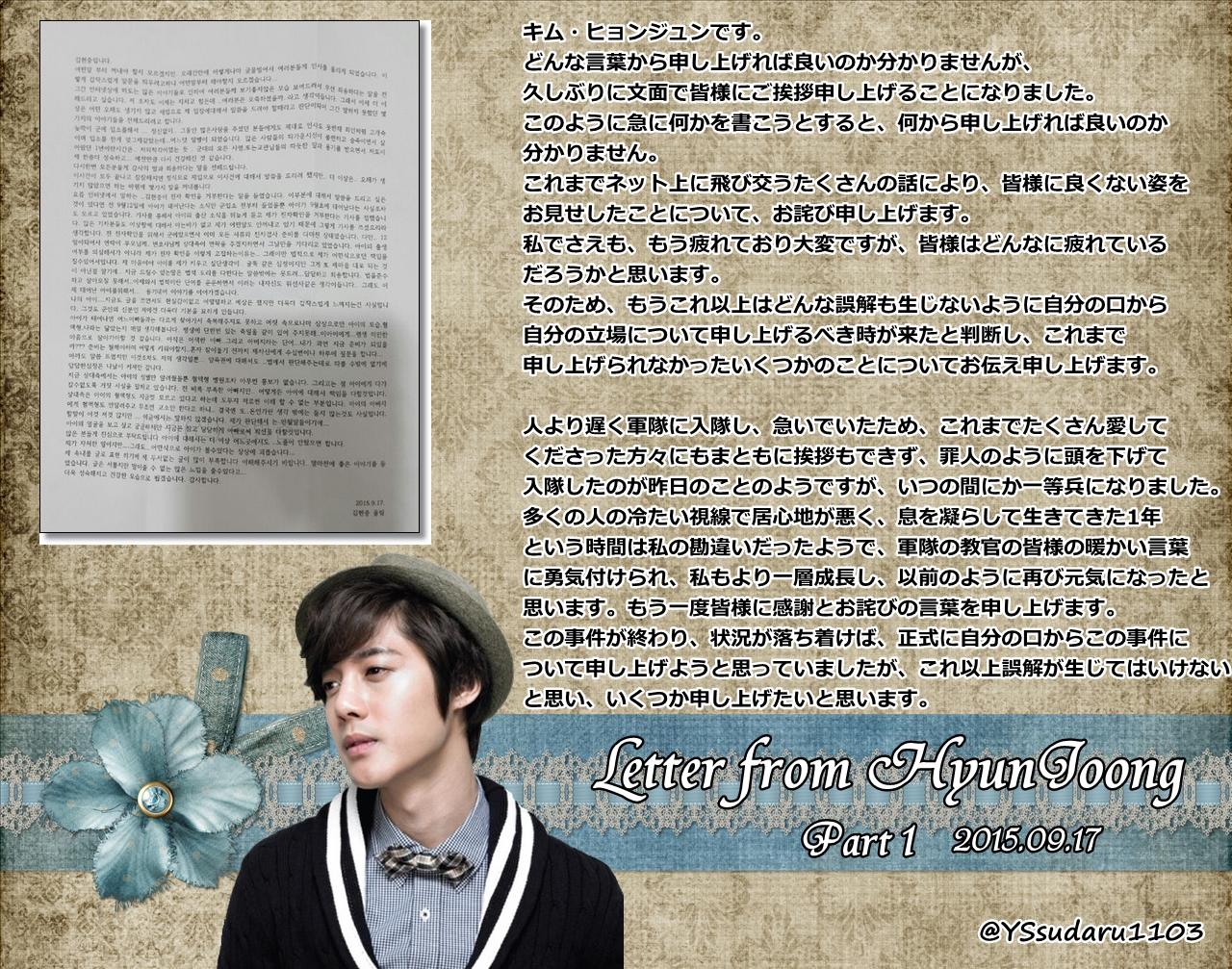 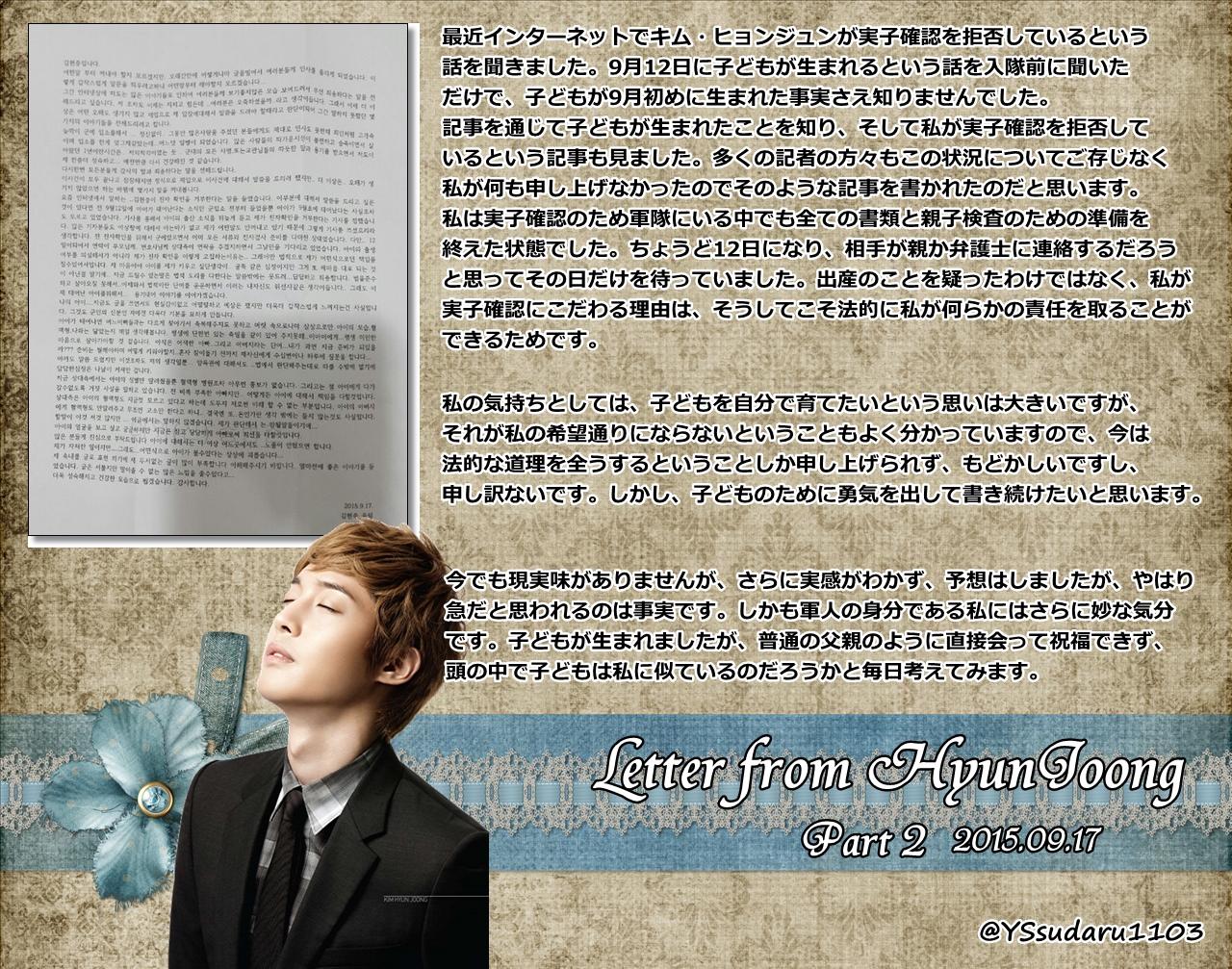 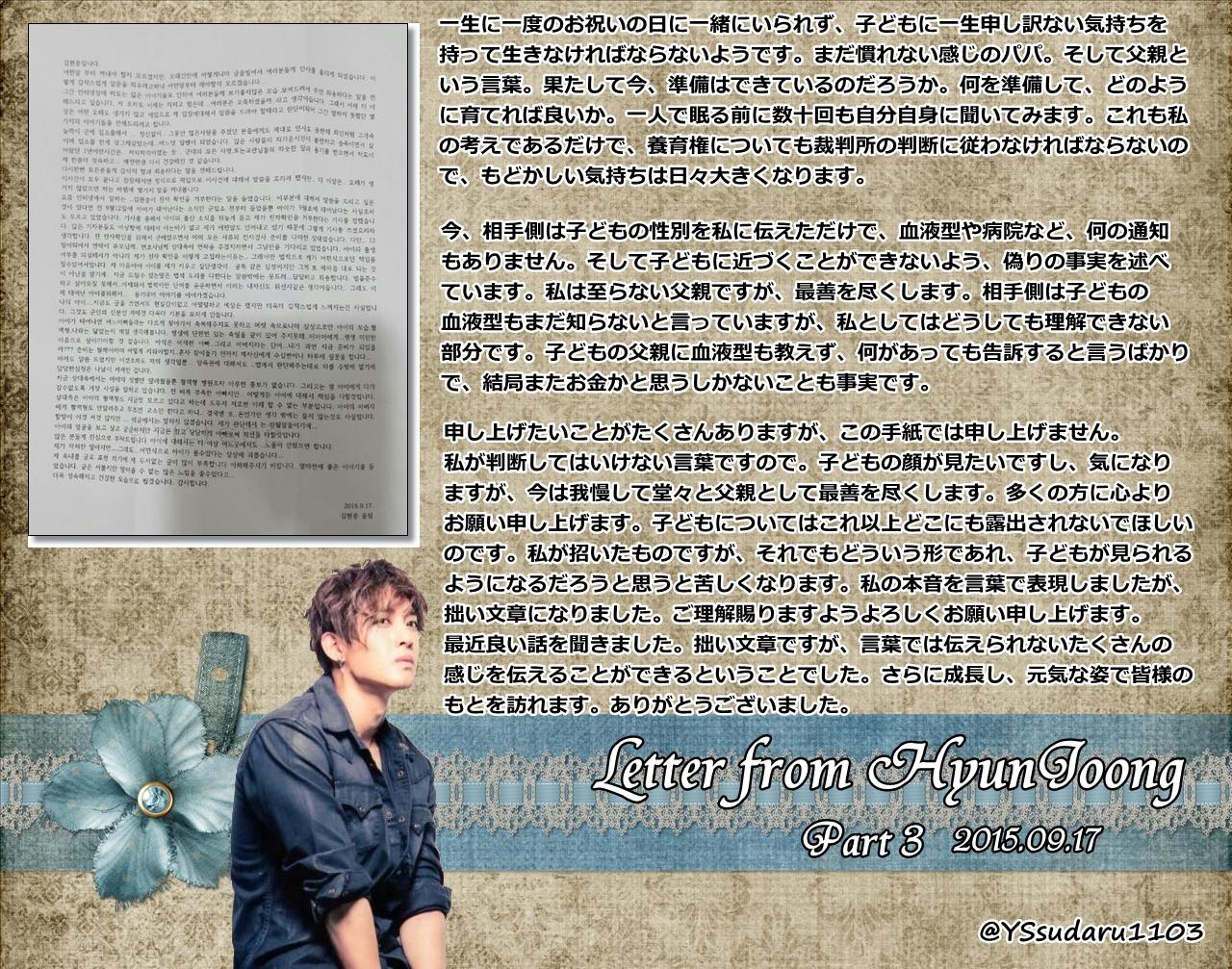 A Letter Straight from the Heart

Amidst all the legalities, media articles, online comments rational, some spiteful and even irrelevant here came a letter from KHJ. Perhaps it didn’t contain earth shaking revelations but just a heartfelt written communications – honest,direct and straight to the point.

It felt good reading his very words no ‘motherhood statements’, no inciting the emotion with big words like ‘ flagrant abuse of human rights’ that are at best empty though all noise. His words simply register very human, unpretentious though he is a man, fearlessly expressing what he actually feels.

He wrote us to hopefully cure the inaccuracies and misunderstandings floating around hurting not only him and his family but also the fans who trusted and believed in him.

Here is the man who valued his privacy and yet he bared and peeled himself to the core for all to see. His weaknesses he wasn’t ashamed to admit humbly. Yet that is where we see his strengths . His resolve to seek justice not only for his sake but for all who invested for it to triumph no matter what it takes.

But the most touching part is when he wrote to the child he hasn’t seen nor held yet in his arms. The usual ‘the child got the looks of the parent ‘ remarks he had missed. He is already regretting not being there during a child’s once in a lifetime event.

What if the child is not his? What if it is?

What he wrote tugs at the heart, because we know know where it came from -straight from his heart. Not out of character, but the KHJ that we have always known.

Translation based on HENECIAWINGLEE’s chinese translation on HJ’s letter which was delivered to media at press conference by Atty Lee on 17 September 2015.

Hi everyone, I’m KHJ. It has been awhile since I greeted everyone through letters and frankly I don’t really know how I should raise this matter. Due to recent online heated discussions, I’m really sorry that everyone saw a ‘not-good’ side of me. Even for myself, I’m also tired and sick of it. So I could imagine how everyone felt about it. Henceforth, to prevent any more misunderstandings, I should state my position directly on those few points which I was not able to share previously.

During enlistment time the situation was chaotic and I was not able to properly bid farewell to those who love and support me. In the end I enlisted with my head hung low, like a guilty person. It seemed like only yesterday yet I’m already a private first class now! For the past 1 year, while under everyone’s close scrutiny had made me felt uneasy and even to the point of feeling suffocating, it was also a period of time I had to myself. Thanks to comforting words from my training officers, I’ve grown/ matured and gradually becoming healthy again like before. Once again, I want to covey both my gratitude and apologies to everyone. Even though I would like to formally apologize to everyone when this whole matter is finally settled, I hope that there will not be any more misunderstanding, hence I would like to convey the following points to everyone.

Heard news about KHJ refused paternity test. But since enlistment till 12 September, the only news I heard was that the baby had been born, not even news of the delivery. It was from news reports that I found out about the delivery and that i had refused to go for paternity test. I thought such reporting may have surfaced because I have not said a single word about it. Actually I’ve already completed all the necessary info and preparation for the DNA test in the army. I decided to wait till 12 September as I thought the other side (A side) would get in touch with me. I’ve insisted on doing the paternity test as this is the only legal way for me to take responsibility. Although I’m determined and would really like to raise the child, but it is not something that is up to me to decide. Hence, I’m sorry that I could only say I will take the legal responsibility for the child. Even though it may sound like a hypocrite, but for the sake of the child, I would still like to say this. Even now as I write this letter with a trembling hand, becoming a military personnel made my mood even more subtle. Unable to be like other fathers to bless their child when the child is born, my mind kept thinking if the child would resemble me or not. Not being able to be with the child on the precious day of birth, I will forever feel apologetic to the child.

Every night before I sleep I would ask myself 10 times if I’m really prepared and if I know what to do. As custody of the child depends on the Court’s decision, I’m feeling somewhat depressed. The other party (A) had only informed me of the gender of the child but refused to disclose anything on the blood type or the hospital they are in. In addition, they have been lying in order to stop me from trying to approach the child. I may not be a qualified dad but I will definitely take responsibility. As the father of the child, there are many things I would like to say but I decided I won’t do so here as it would not be appropriate. Even though I’m really curious and would like to see the child very much, but I have to endure it now and strive to become an upright father, taking full responsibility for the child.

I sincerely hope that the child will not get exposed no matter where the child is. I’m sorry for the lack of orderliness in this letter and inadequacy in conveying my thoughts. i promise I will return as a more matured and healthy person to greet everyone.

(Note: Please note this is purely based on Chinese translation which I did not reference to the actual letter in Korean. So there may be slightly different interpretation but the gist of the message is there. It is a heartfelt letter from HJ and I can empathize how much it hurts him.)