Strongly urge everyone to support the 5th Anniversary Album if you can… https://t.co/cT5OUGVyZm seems to be the cheapest so far if buying

KHJ's counsel demands: 200MW for special damage, for breach of settlement 600MW to be returned, 200MW for defamation 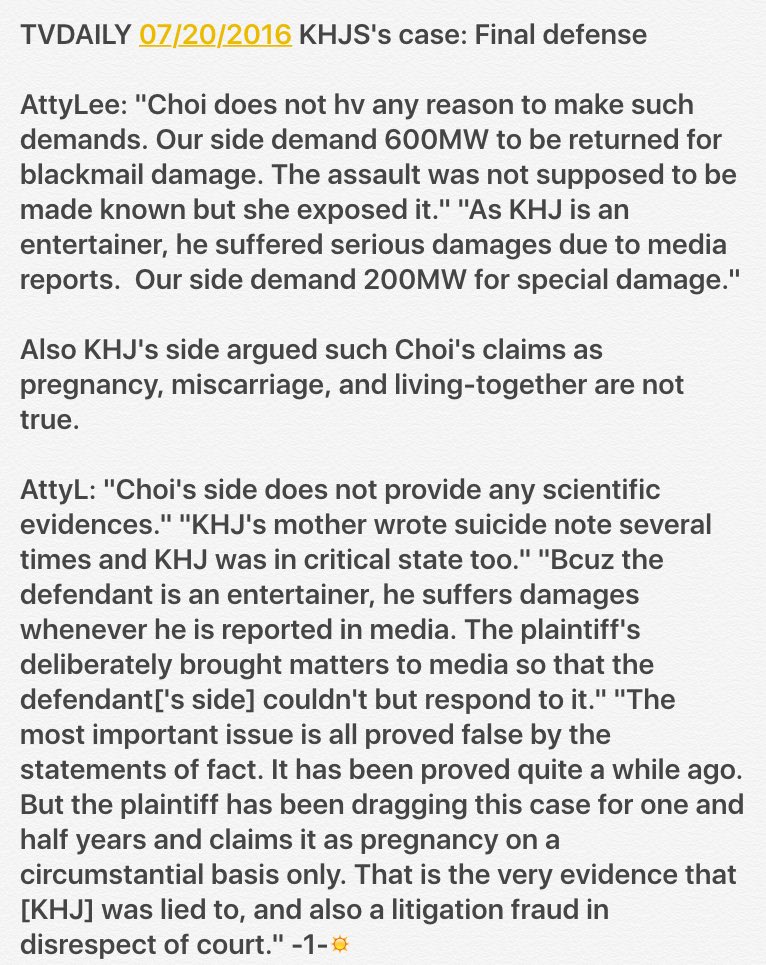 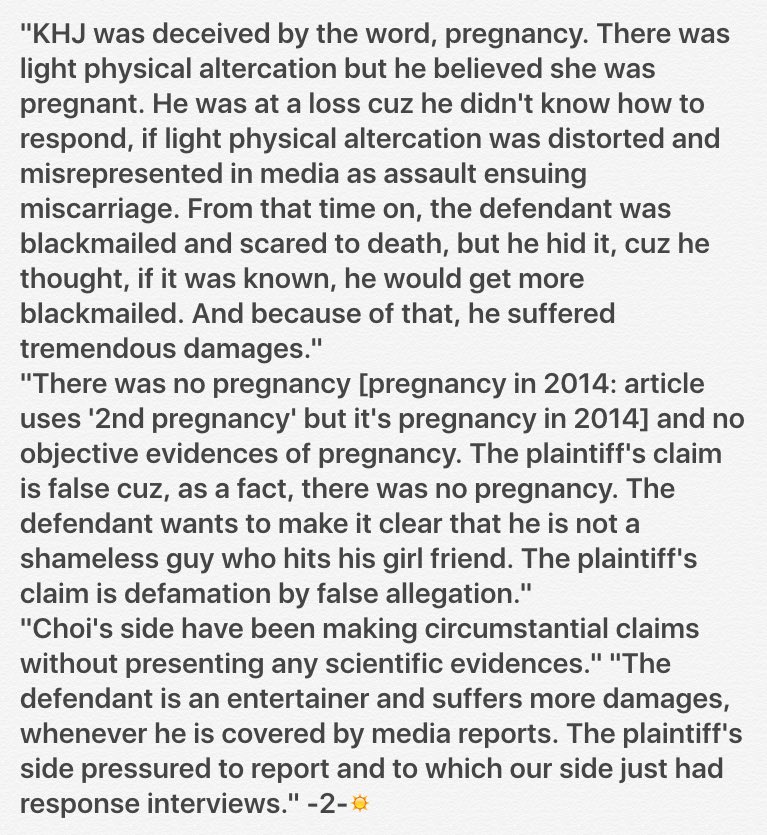 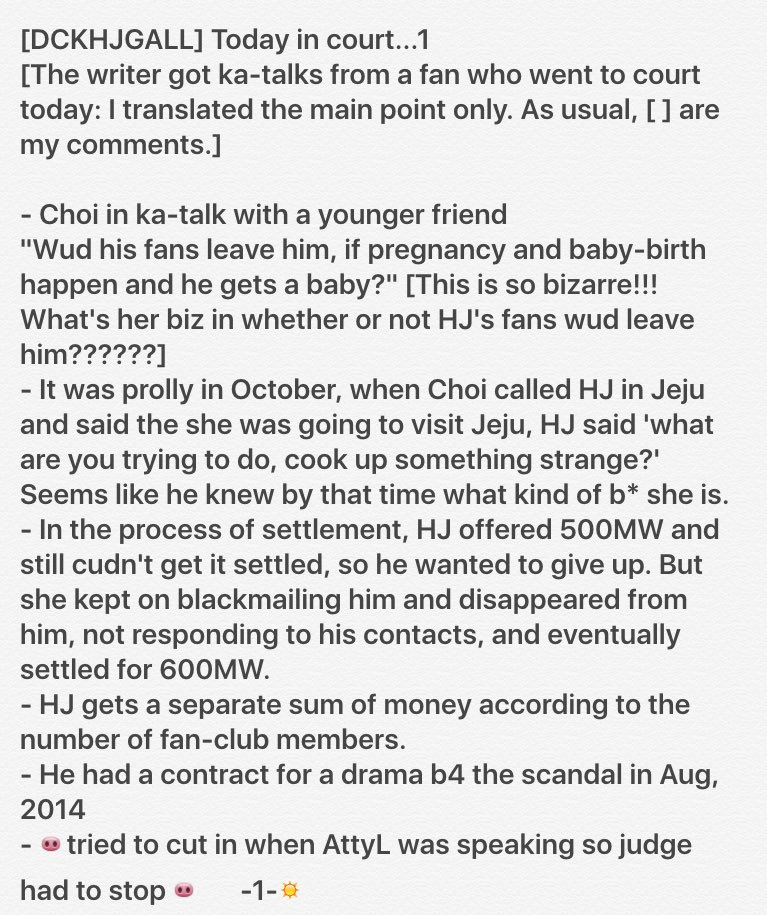 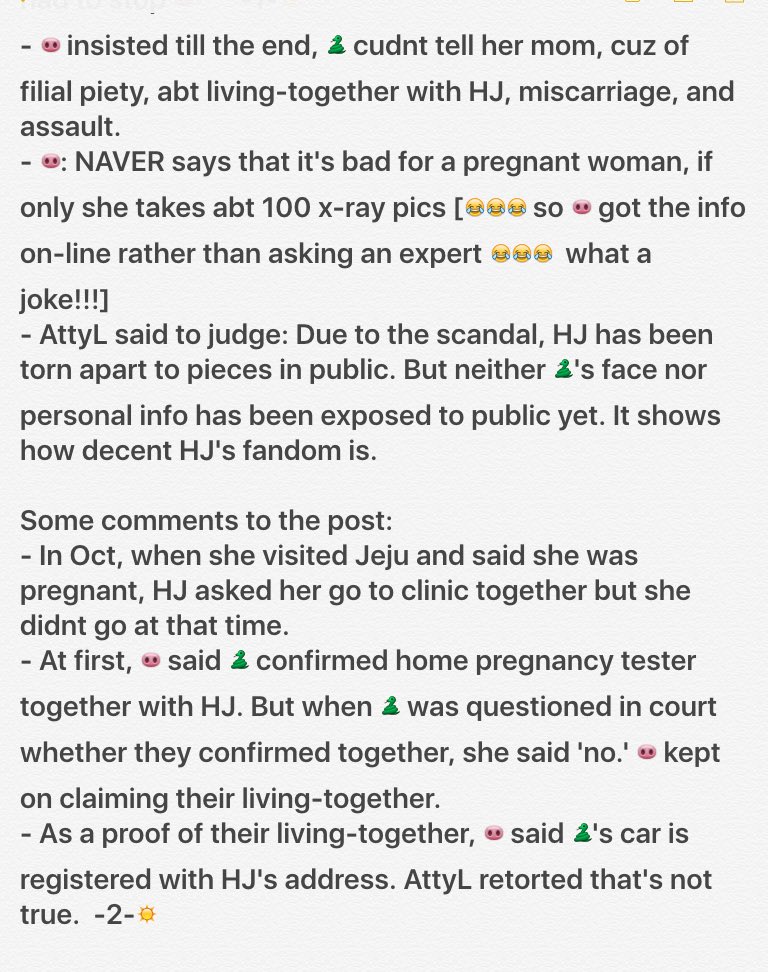 Ruling wl b at 2PM on Aug 10 per SportsSeoul.

Per FocusNews/SportsSeoul 07/20/2016, court said something in this line:

This case is complex having the two parties with very different claims, related facts, and in their legalities. Court completed the process of statements of facts and close examinations of the parties involved, and will decide according to the understanding, that has been established during the processes, and evidences presented.
[The two articles are slightly different in their wording but this is what I understood.] 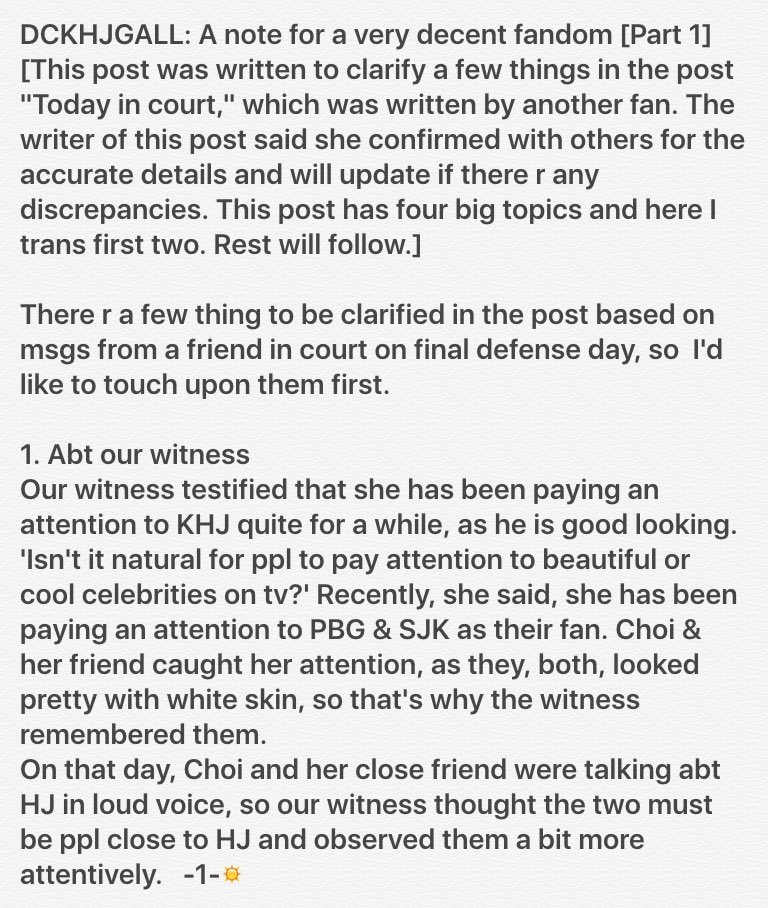 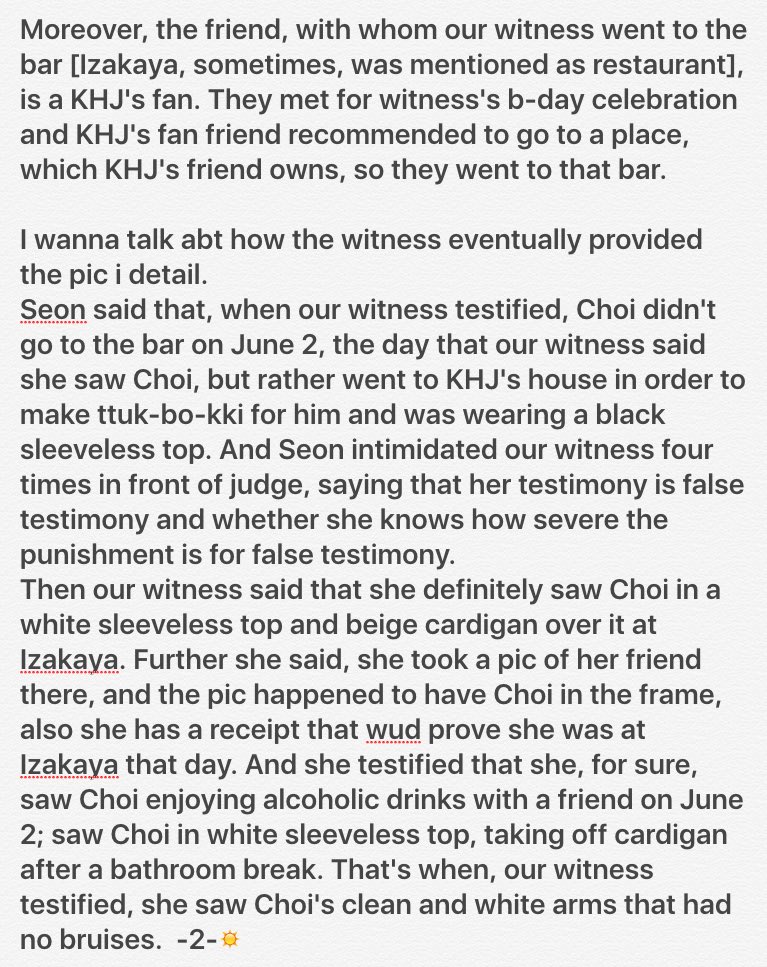 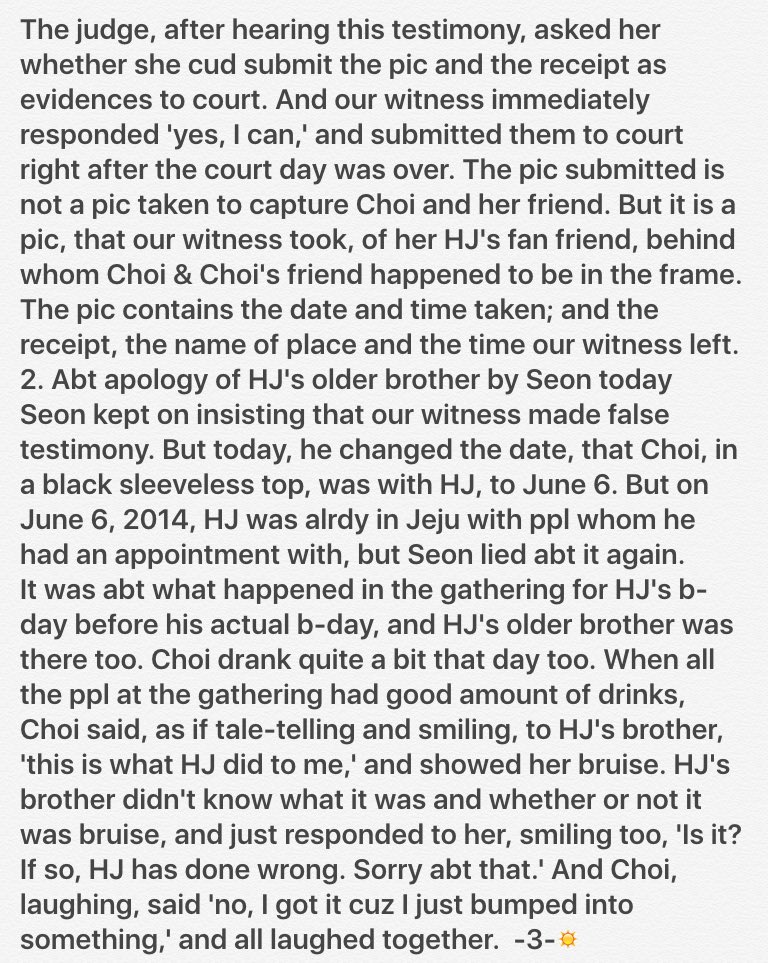 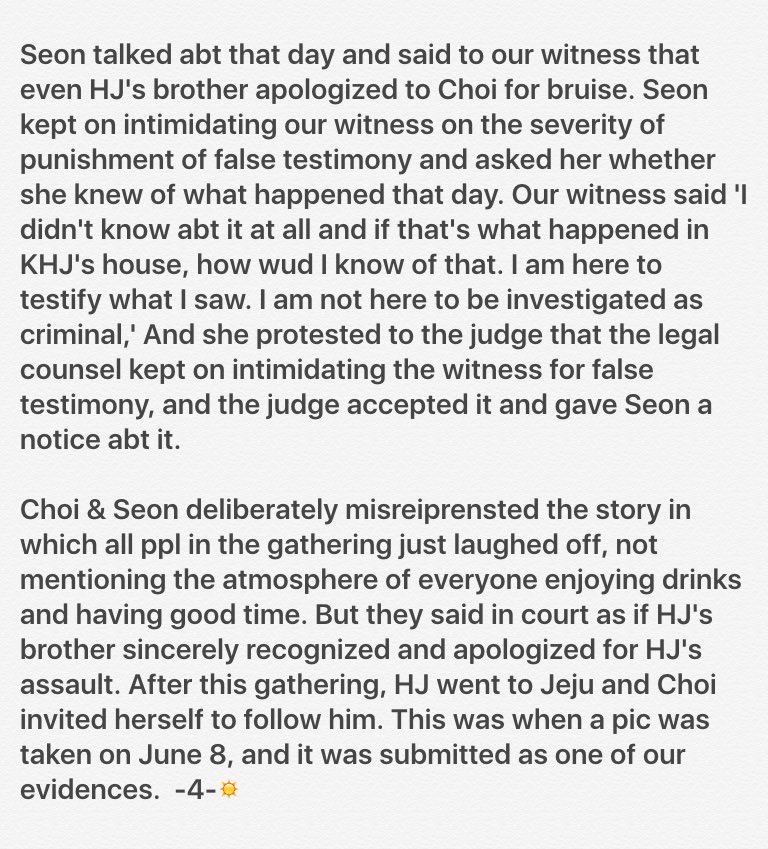 Some DCKHJGALL fans say that if our witness really gets sued, they will help her out financially! Hope it’s just

HJ side “alleged assault, miscarriage are lies” vs A side “exaggeration”

CH trans by HFHK on the evidences comparison table pic.twitter.com/bK8VHO9RqA

Seon said that he will sue the witness from HJ's side as a perjurer because she is a member of HJ's fan club.

Chinese trans of xsportsnews credit as tagged in pics pic.twitter.com/BAEQekbkTh

Exaggeration meaning there is some truth to the fact that she lied? Isn't that the whole basis for this lawsuit that she instigated?

Sign outside x-ray rm stated "Pls tell beforehand if you are pregnant or possibility of pregnant before shooting" https://t.co/h0GR3obyrb

Again, our apology for the late post.  We’ve been quite busy these days.  As always we will be collating all the newsbits , so this post will begin from where we left off…….  Many THANKS to our generous sisters who share, translate, and update for us ……. 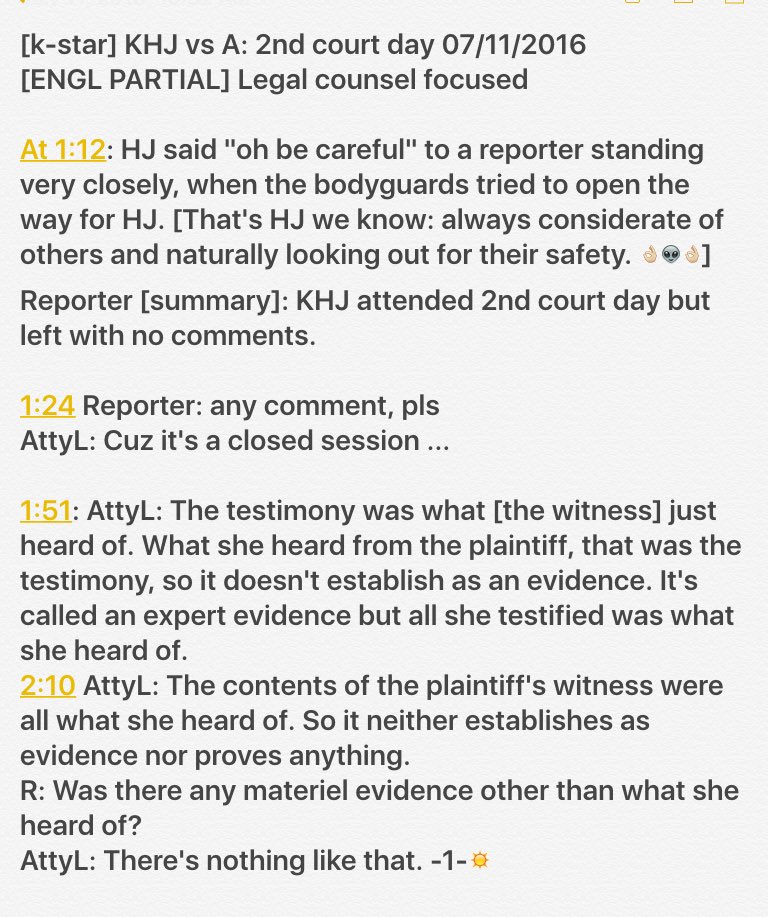 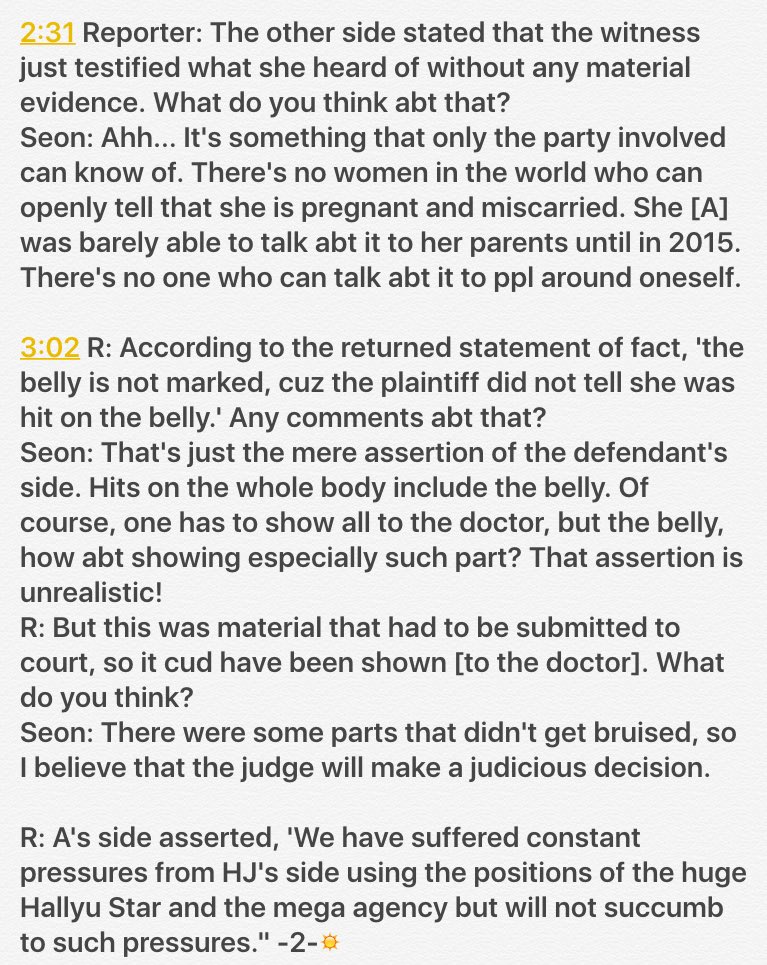 How long will the fact that A took 600mil won from HJ be continued to be hidden?  The reason why HJ attended this 2nd hearing, as a witness to explain the circumstances he was threatened to give 600mil won to A. This is not a case of scandal but a case of blackmail, intimidation and fraud! 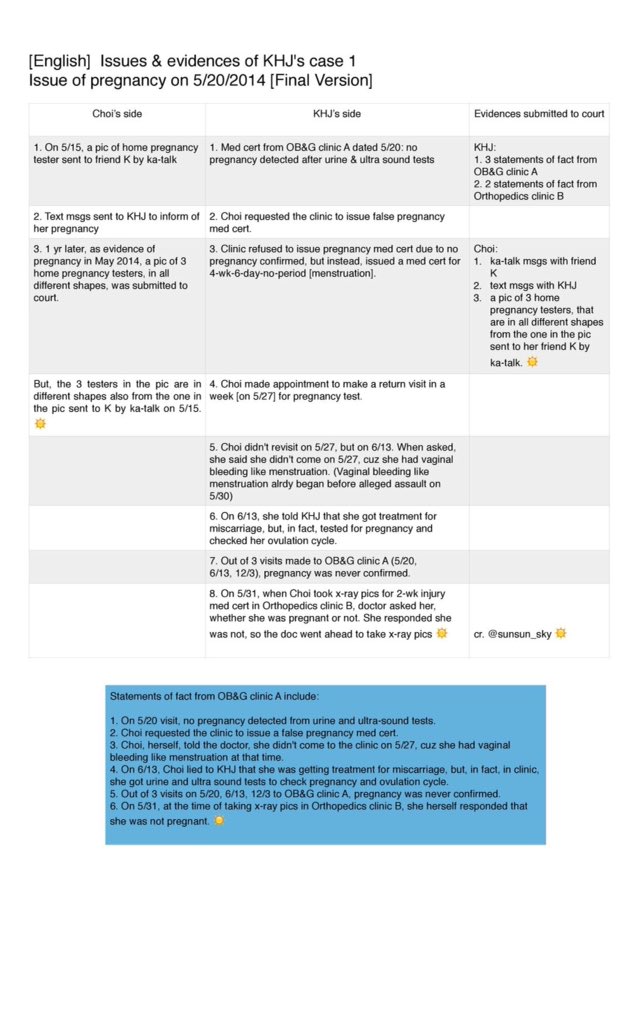 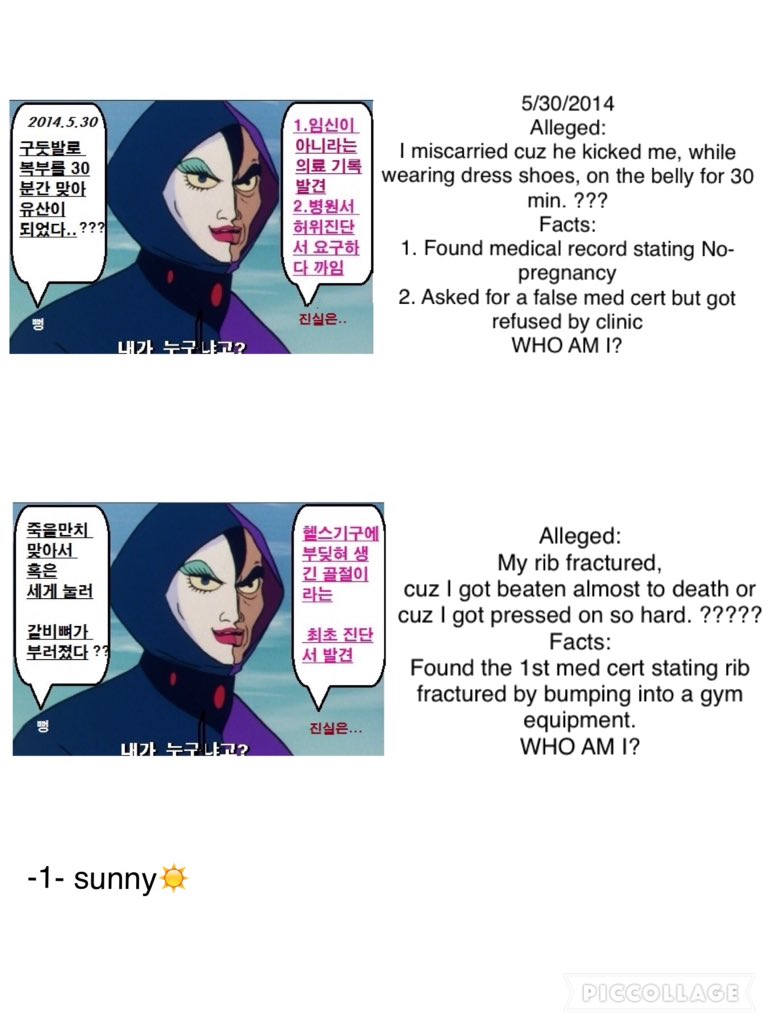 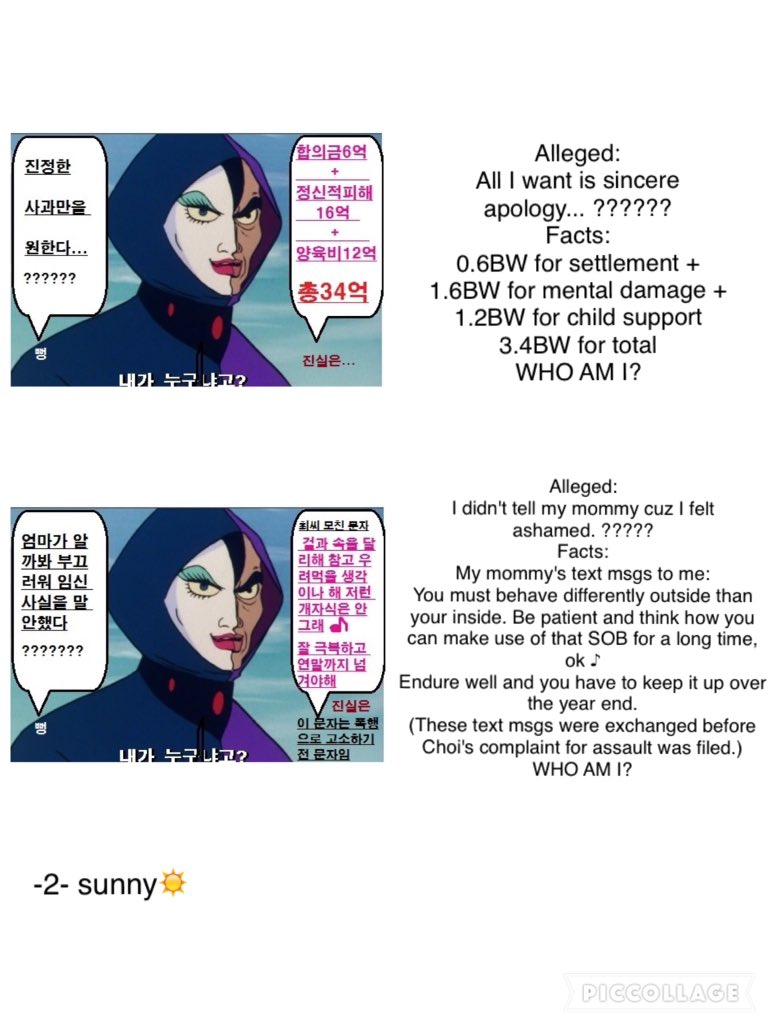 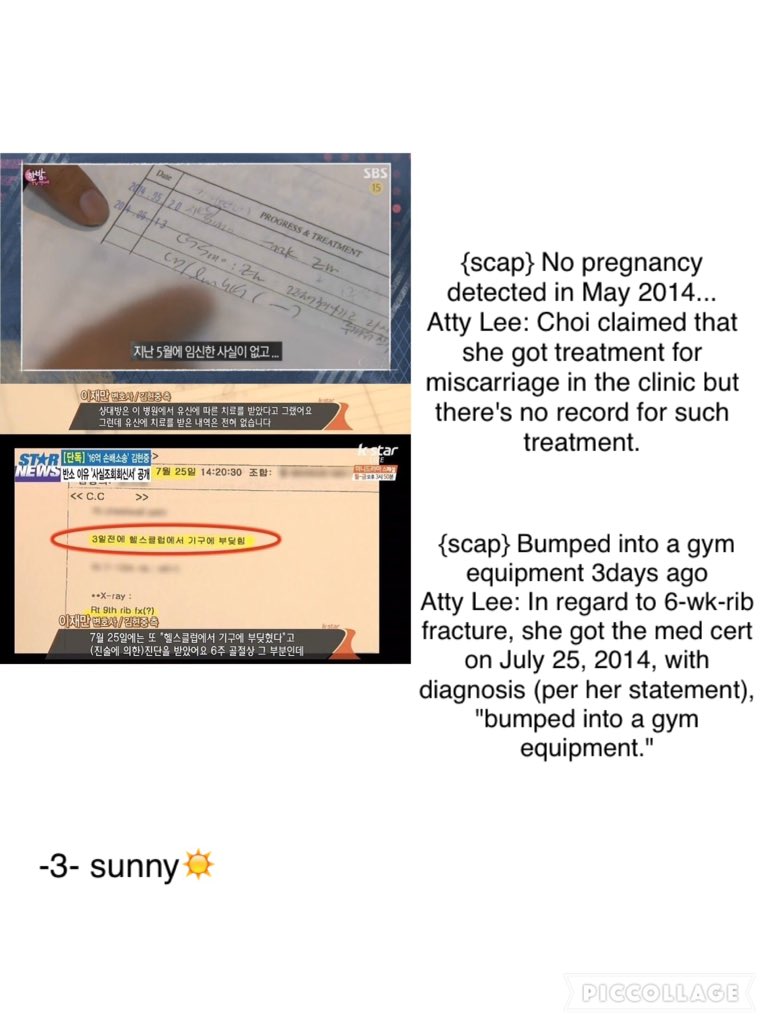 This is so true it makes me angry pic.twitter.com/Et5WCJeBRr

A trans of tweet previously..Many reporters including Dispatch went to open hearing where many new points were brought up but nil reported 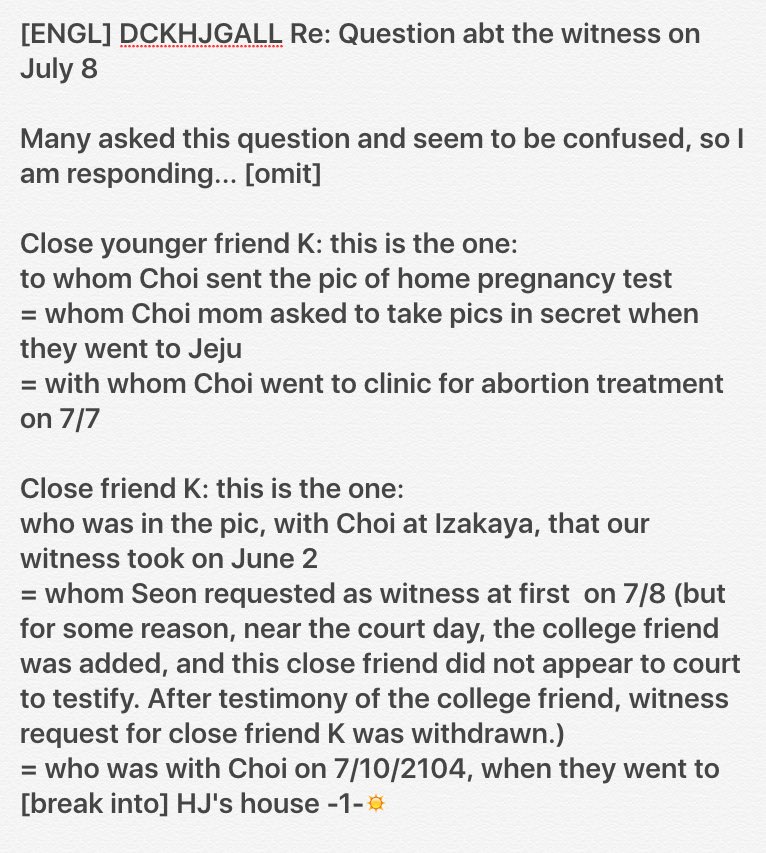 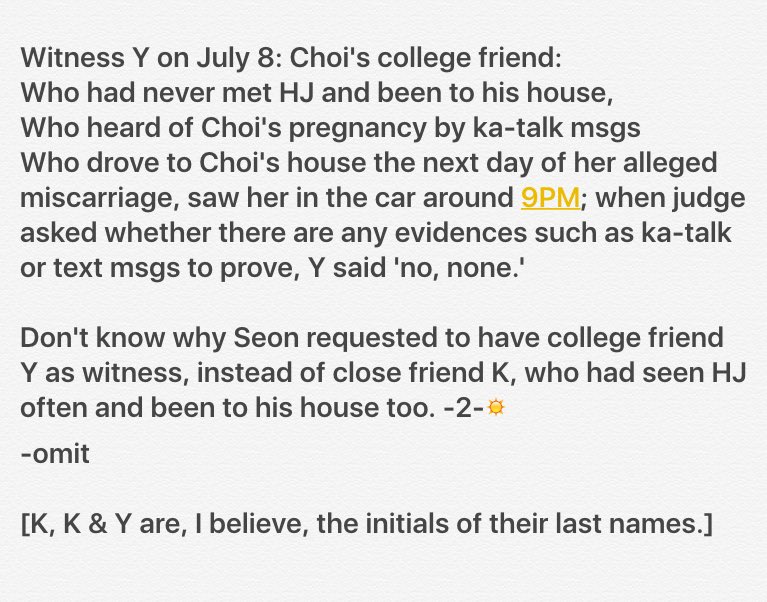 Per this info post, court ruling is delivered generally in 2wks after final defenses or w/n 4wks latest.
판결-[김현중갤러리] https://t.co/66LG6PDqKY

So we will have ruling for the civil case in Aug for sure, as the final defense from the both parties is scheduled on July 20. 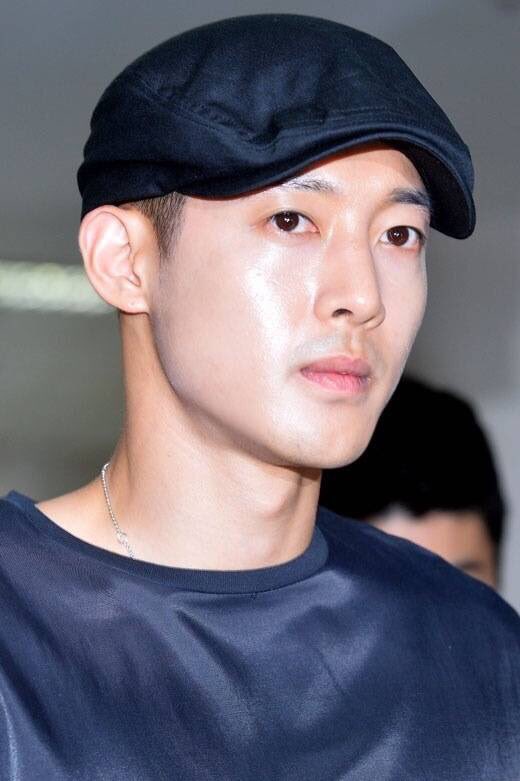 Reporters at the scene pic.twitter.com/kaDaJC6zz8

Fan placards bearing wishes from around the world pic.twitter.com/lS8DwOs9m3

Placards messages included 'The whole world is watching the prosecution's investigation'; We are fans of KHJ only' https://t.co/d00kwabBpN

Placard msgs [600mil+1.6bil+1.2bil only want money. What kind of gf is that!] [Use of Lie detector recommended!] pic.twitter.com/xt8kjbiTSb

[Behind use lies to obtain 600milwon but told media withdrawal was due to apology received. REAL APOLOGY=600milwon?] pic.twitter.com/qBVQGSynMc

Fans banners: 'Down-right defamation. What do u mean by NoCharges!' 'The whole world is giving close attention 2prosecutor's investigation.'

The banners written by fans are definitely not easy to ignore. Strong words thrown across Choi's way. Really impressive!

Another video of HJ leaving last night
By onlice https://t.co/vYtlKo18S4

Again we apologize for the late post.  BIG BIG THANKS to ‏@sunsun_sky (who did most of the translations for us English speaking fans), @loving_khj, @jamkkuleogihj,  SP ‏@illublue ,‏@Princessmich123 for all the updates

KHJ's counsel 2: the statements of fact are ones returned from OB&G and orthopedics. – OSEN

KHJ is going to testify abt the circumstances that he had to give 600MW cuz he got blackmailed by A. -SportsChosun

One of international fans is already there and trying to figure out which building is the right one! Hwaiting! –  sunny☀️ ‏@sunsun_sky

B (A's witness) testified based on Ka-Talk msgs from A. She didnt see personally but heard from A abt pregnancy/miscarriage/assault.-Mydaily

As usual, articles differ in details. for now, i will translate focusing on HJ’s counsels. Later, we may get a better picture of what actually happened. –  sunny☀️ ‏@sunsun_sky

That MBN video is a good example of how to say nthng for 1min27sec. 🙄 yah its an important trial for sure, as u repeatedly said for 87secs..

Koreans use "it seems" often not to sound too forthcoming. But when reporters use them for simple verifiable facts, thats just plain wrong.

Atty Lee: On July 20, there will b a court day just for legal counsels only, and after that day there will be court ruling. A claimed she was miscarried due to assault in May 2014. She said NO to questions  whether she requested false med certificate at that time.  She continued to repeat the same claim based on text messages and in-home pregnancy tester. – OSEN  (sunny☀️ ‏@sunsun_sky)

A’s only proof for pregnancy is in-home pregnancy tester. Clinic found no-pregnancy.  Tester pic, A sent to her friend, is clearly different from the one  submitted to court. Home tester’s result go blurry after about 1 hr.

But the one submitted by A has clear two bars even after 1 yr. She asked OB&G clinic for [false] pregnancy medical certificate to submit pregnancy proof.  A’s pregnancy & miscarriage were not scientifically confirmed. A also went on bike ride during alleged pregnancy. 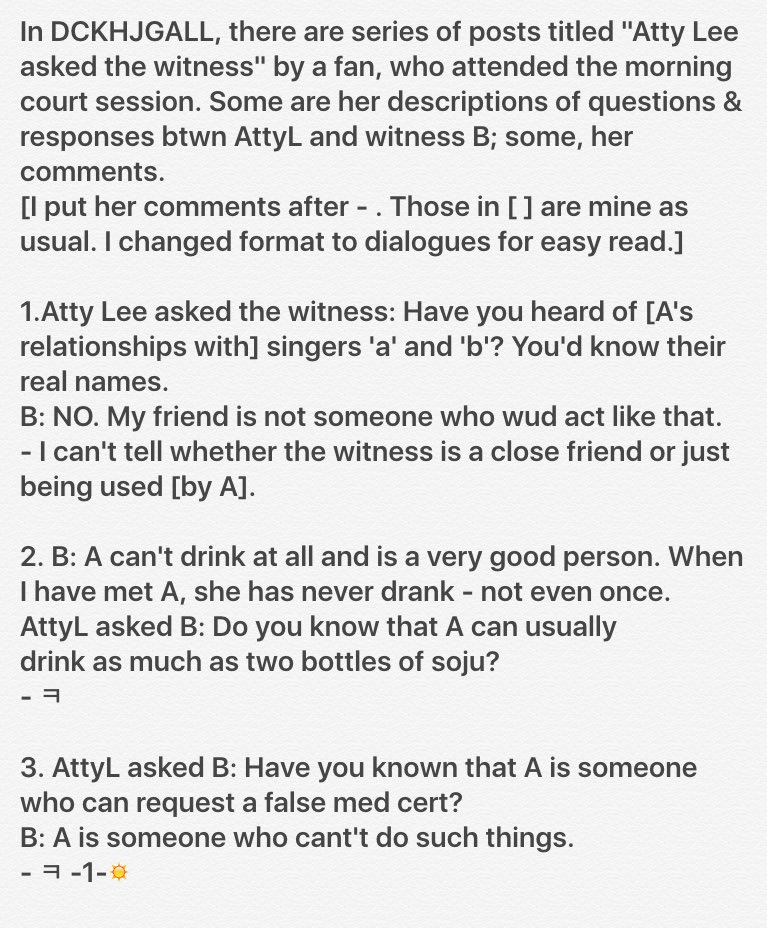 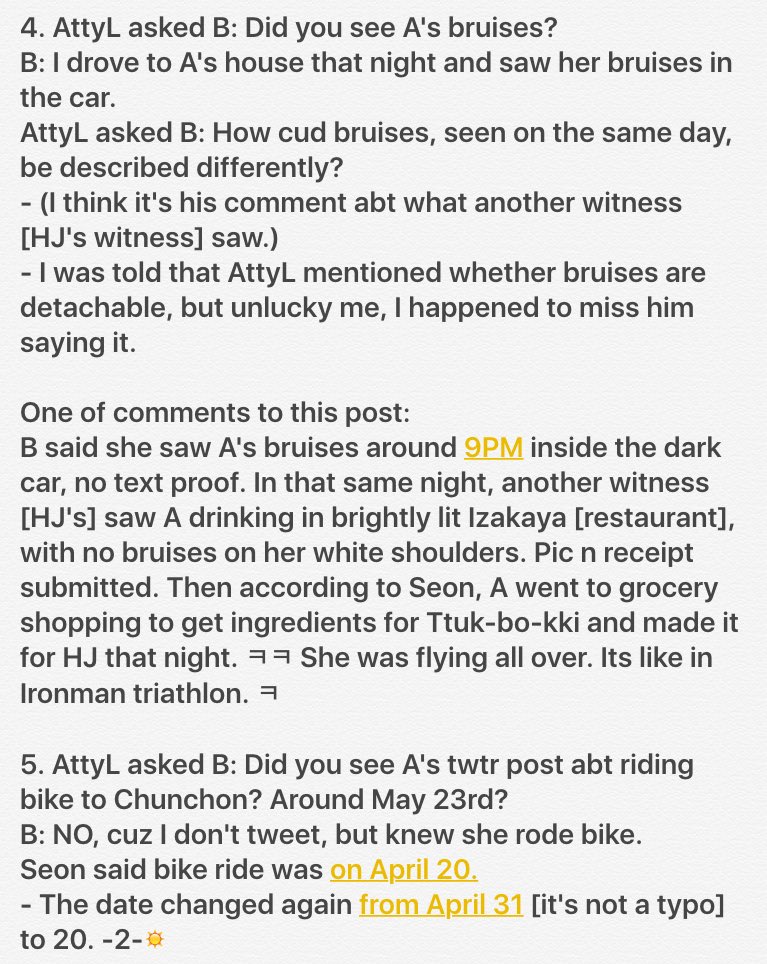 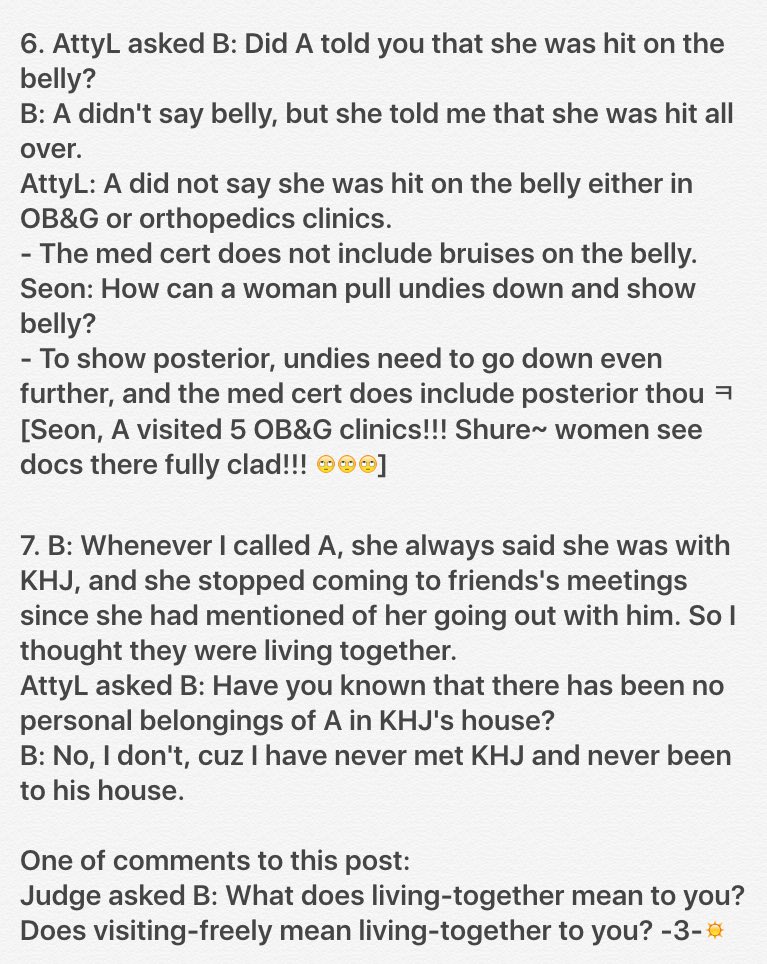 HJ's session was closed one so there mat not b much info abt it except a few by legal counsels. If theres any updates, i wl let u know4sure. 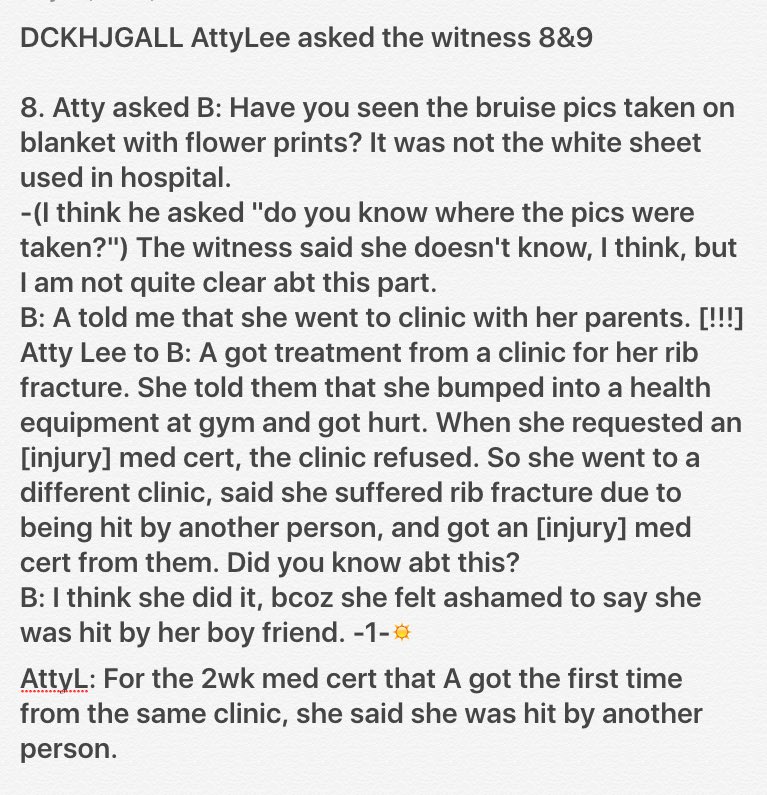 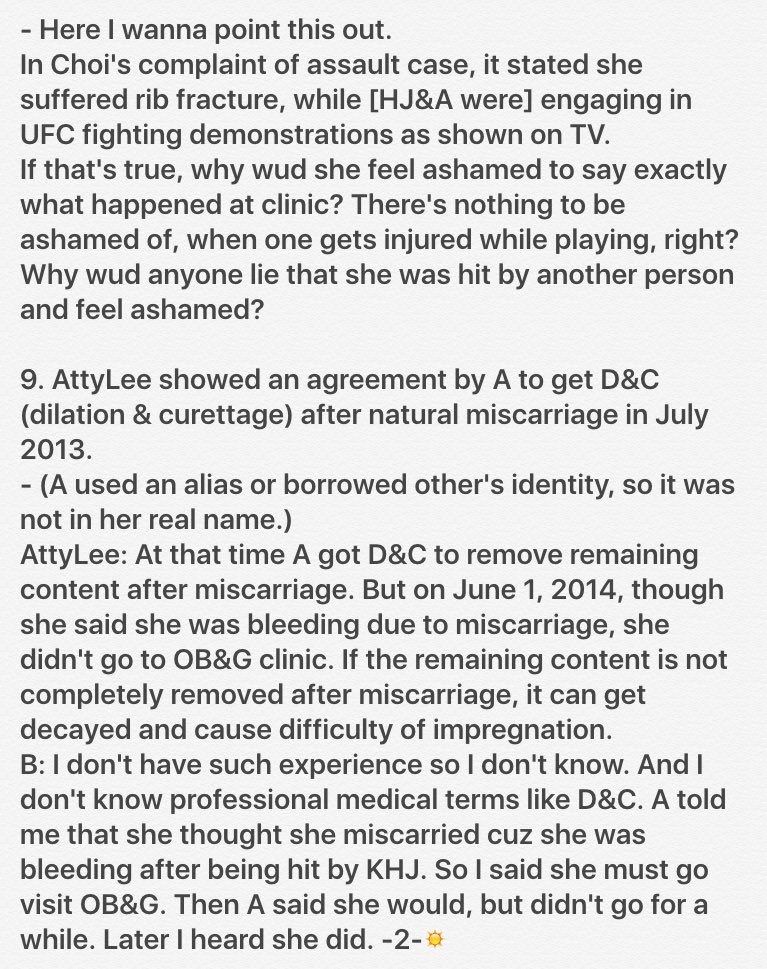 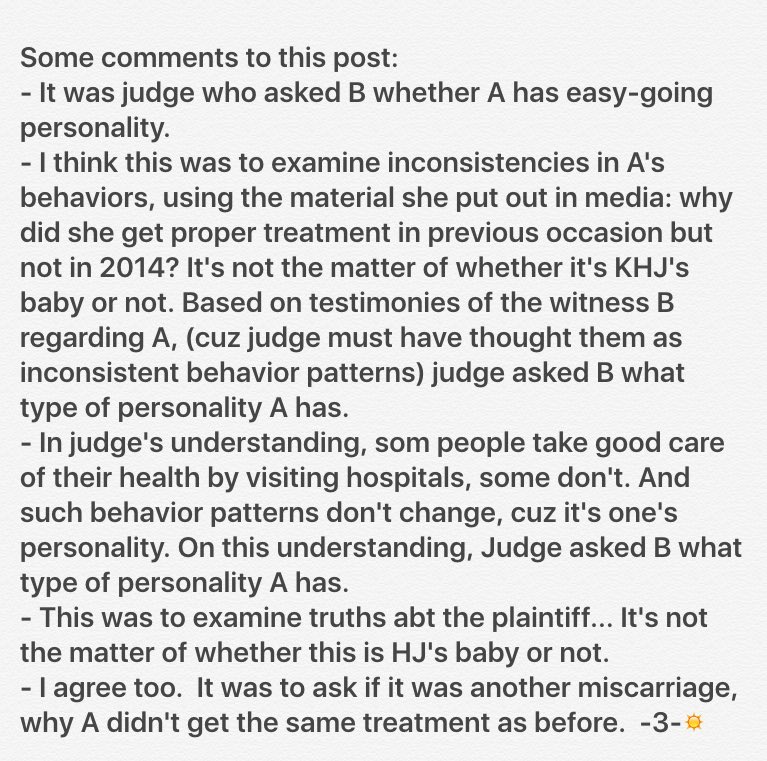 Per a comment in DCKHJGALL, it was reported in some article: while one was testifying, the other was in waiting room; and vice versa.

Its very questionable how close friends B&A r, but definitely B read what DP wrote. A copycat witness reciting a poorly written scenario!🐽🐍🐸

ooops, forgot to put the link of the post, https://t.co/4AzHZ9CxhJ