[Notice on https://t.co/nBC3C8Vh8E] for signing up to be official members of the HENECIA Fanclub in Korea – Pls READhttps://t.co/tTyAZ5xJim pic.twitter.com/nhd9cOSEGq 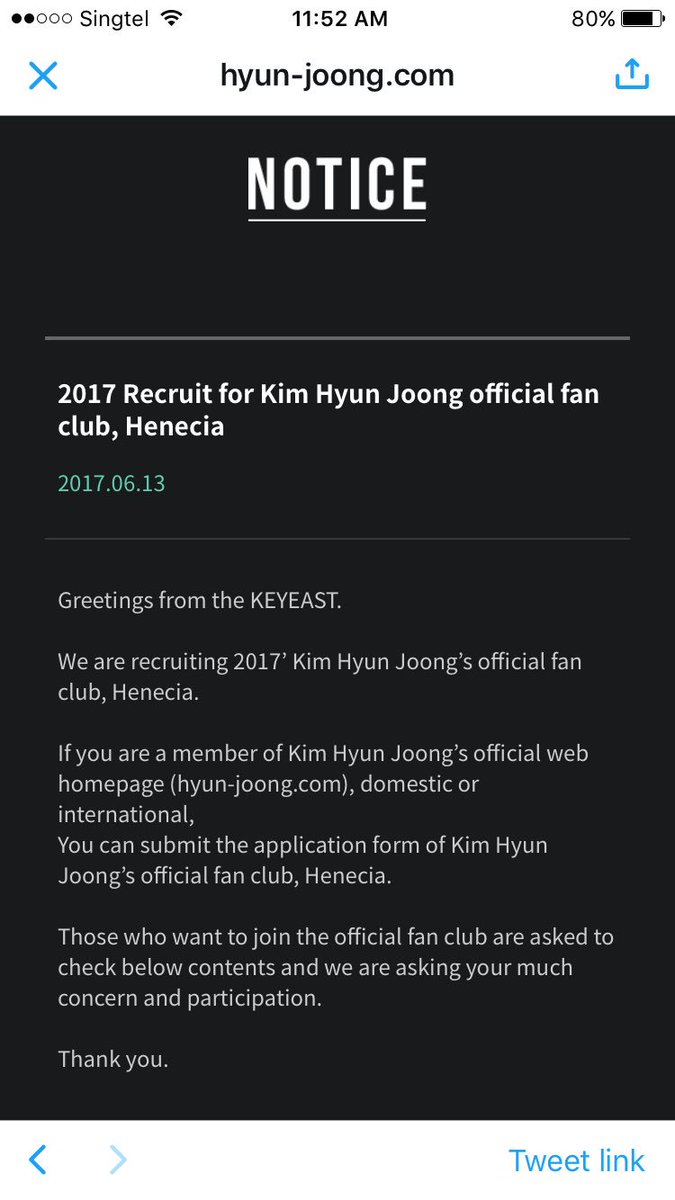 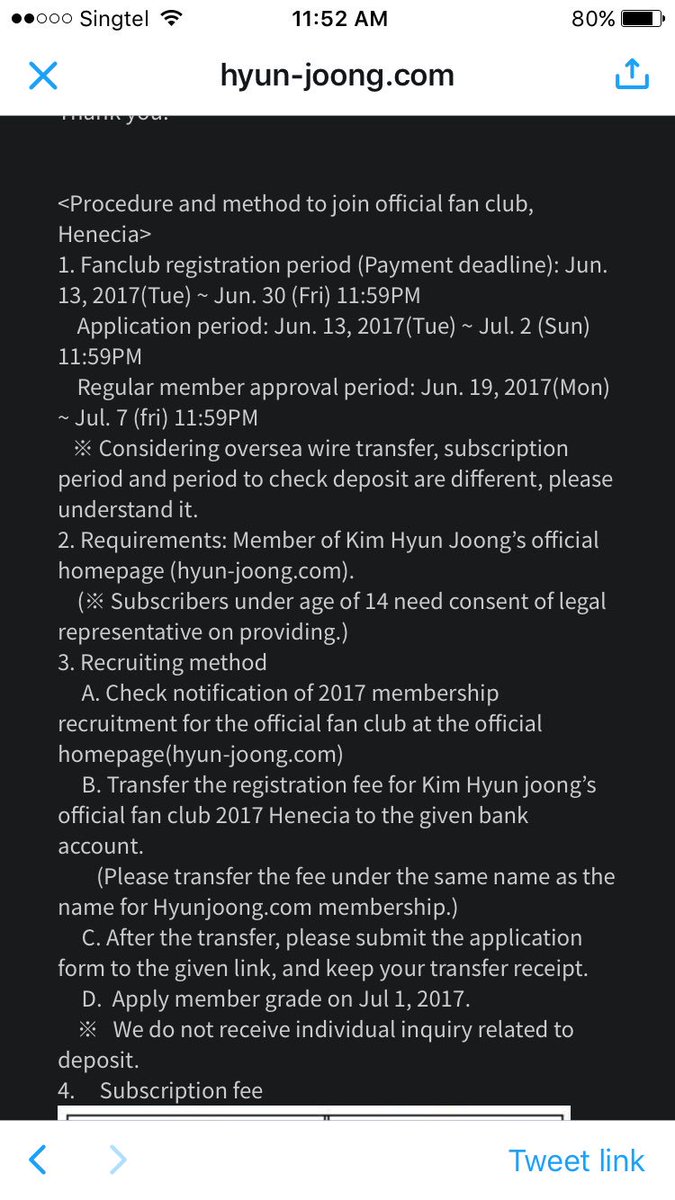 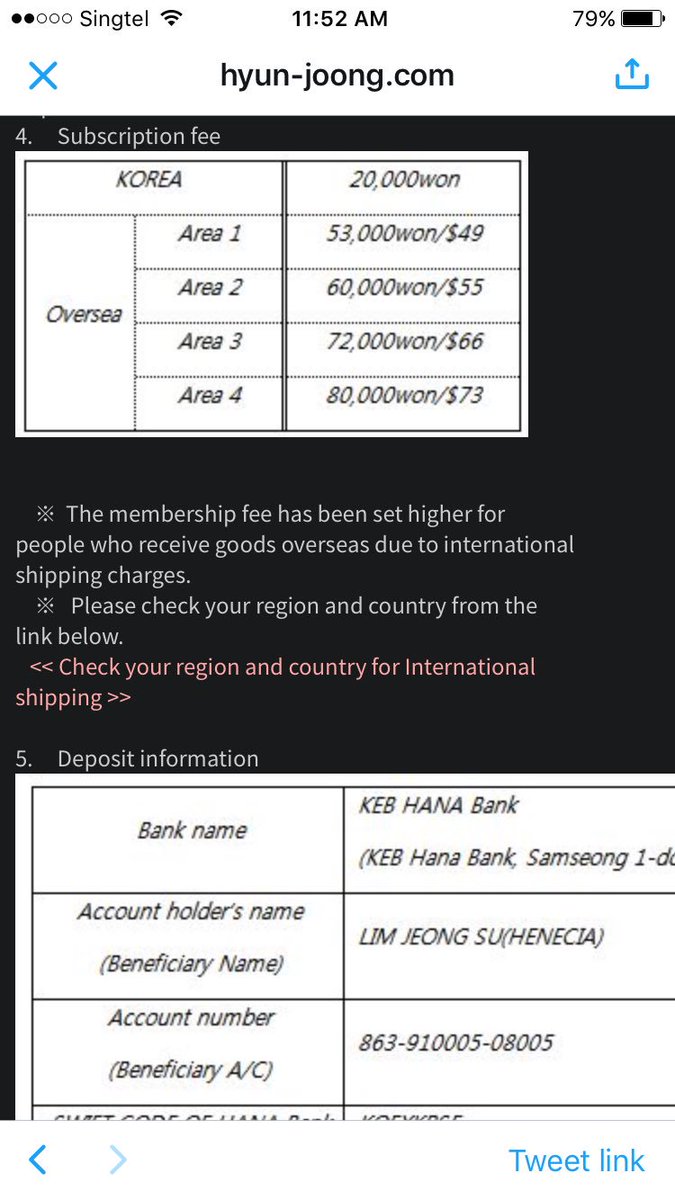 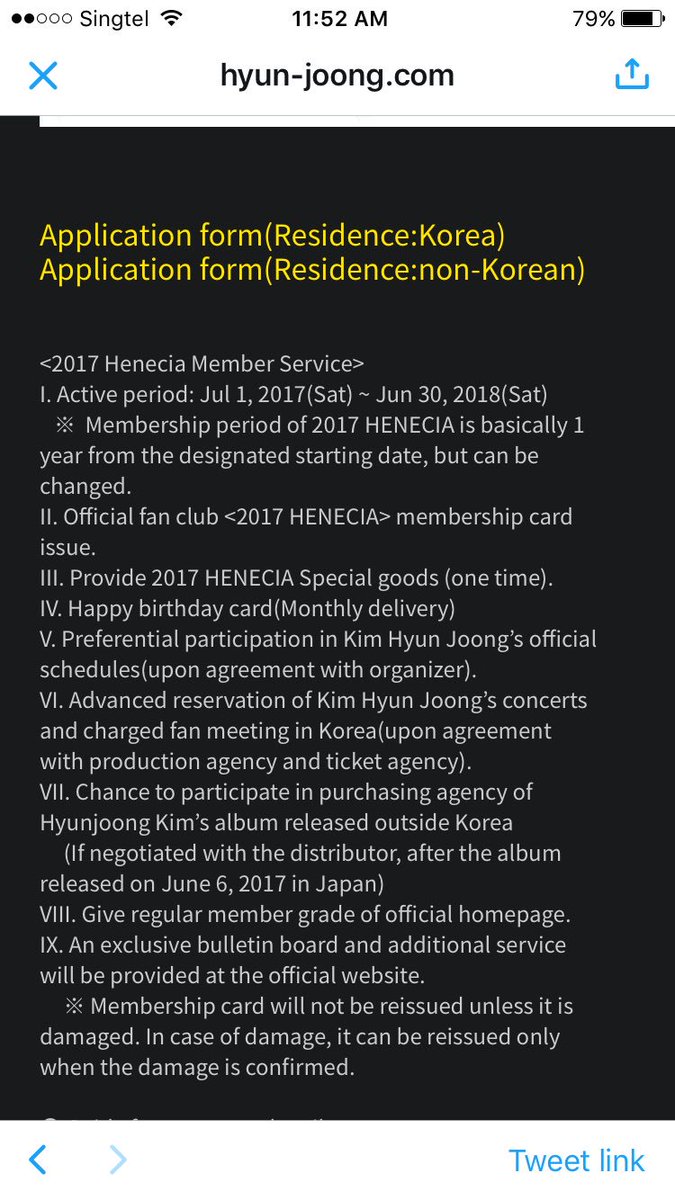 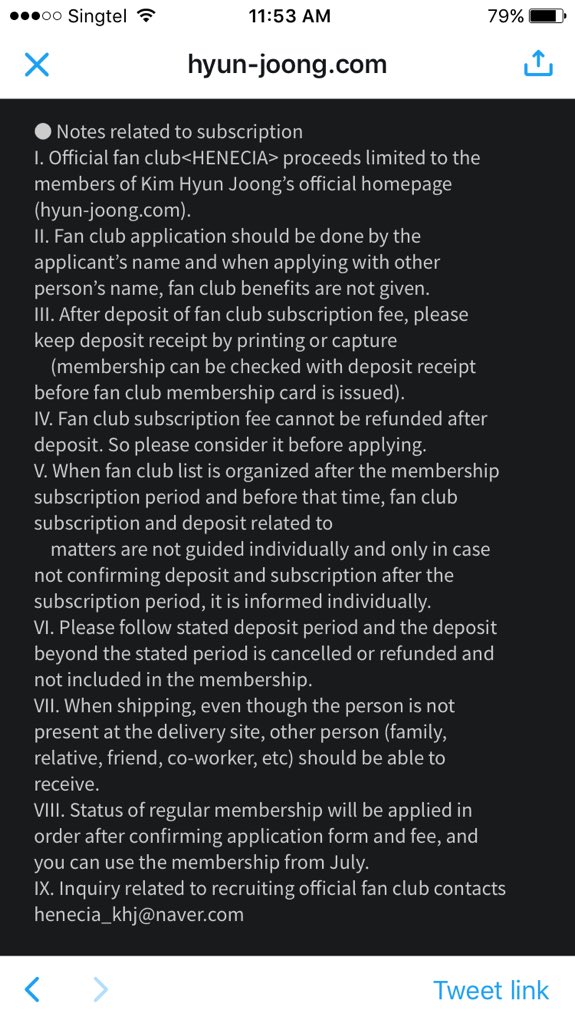 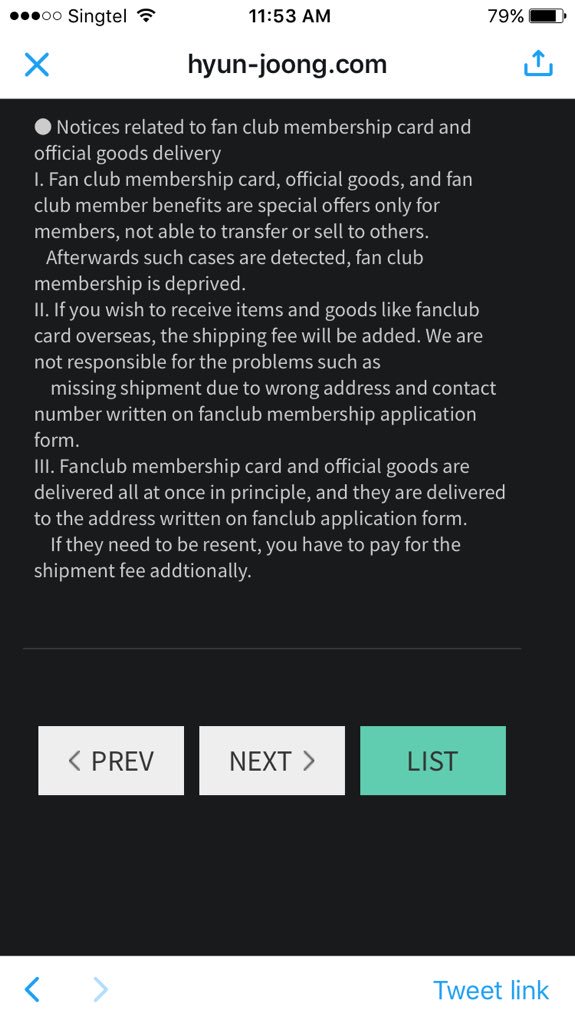 Notice on https://t.co/nBC3C8Vh8E for signing up to be official members of the HENECIA Fanclub in Korea are available in KR, ENG, JP and CH pic.twitter.com/oBE53cniHb

If you registered for hyunjoongdotcom homepage, you will be eligible to subscribe to Henecia membership.^^ https://t.co/h1nuHTgYdW

1- As far as I know, KE Notice for Henecia membrshp is for ALL COUNTRIES! In the application form, there's a line for you to enter address.

2- If your country is not listed, I'd suggest to pick the fee from the Area with countries closest to ur country.

3- Pls don't think your country is not invited to join, just bcuz it's not listed. It's unfortunate mistakes in the list.

How to join Henecia

Assume if you are able to log into http://hyun-joong.com  that you are successfully registered http://www.hyun-joong.com/member/login

Name at registration at http://hyun-joong.com , of person transferring money, and on application form should all be the same.

Although upon registration at http://hyun-joong.com  they tell you an email will be sent to confirm registration,so far no one has received

In case anyone needs this: Instruction to follow KHJ LINE OFFICIAL ACCOUNT [Chrome translation] I had to change country to find HJ's account. Hope it helps… . #khjinnercore2017 #kimhyunjoong #KHJ_rewind #김현중

✔Please be aware of KimHyunJoong Official Accts~ Other accts out there is either fan acct or fake acct..so.pls be guided. Thanks! pic.twitter.com/xGXfkT7G38

HJ's Rewind back at No1 on 15Jun Kstyle MV daily ranking😁 https://t.co/A1OfJarlkO

Thanks Khjisdaring for the heads up.  It is heartwarming to see Henecia in action at times like these.

Hello everyone,
After reading Kim Hyun Joong’s parents’ interview and feeling their pain and anguish, it was decided to send a letter of support to HJ and his parents…below is the letter we came up with…if you agree with it, please like and add your nationality in the comments…if you have any comments, please leave them below…since we want this letter to be sent from the whole of the Henecia family and is addressed as such, your names and nationalities will be added to the letter so KHJ and his family will feel the global support…you will have till Sunday noon, Korean Time, to leave your likes and nationalities..

IN SUPPORT TO KIM HYUN JOONG FROM HENECIA BULGARIA
Which flower don’t have to go through rain and wind just to bloom and become beautiful? They all have to. And it applies to life right? We have to go through hardships and challenges which will mould us into someone even stronger and we would be able to find who we really are. This poem came just at the right time.

UNBREAKABLE HENECIA:We will support ♡Hyun Joong♡ till the end

At the end of the article in the Henecia jp site, there’s an apology from HJ to fans.

Regarding this matter, I want to apologize for causing a great deal of worry and inconvenience to fans. I am sorry. I apologize from the bottom of my heart.

And at the same time, I will continue to carefully correspond in good faith and I will tell everyone from time to time on reportable matters.

On February 23rd, Key East Entertainment released an official statement in regards to the rumored reports which revealed that Kim Hyun Joong is allegedly getting married to his ten-weeks pregnant girlfriend.

“In regards to the assault case between Kim Hyun Joong and Ms. Choi, the agreement was made back in September. It is true that Kim Hyun Joong and Choi met after the lawsuit, however, they decided to break up towards the end of the year. A few days after, (Early January of this year) Choi told Kim Hyun Joong that she was pregnant.

Kim Hyun Joong and his parents have attempted to contact Choi and Choi’s parents and requested that both families meet and discuss the current situation of the expectant mother and make a visit to the agreed hospital and doctor for examination. However, Choi denied these requests and currently cannot be contacted.

Yesterday (February 22) after the reports, Kim Hyun Joong attempted to contact Choi again to confirm the pregnancy, but was not able receive a response. Rumors of both families meeting and discussing marriage are groundless. Kim Hyun Joong stated that if Choi’s pregnancy is true, then he will be taking on the necessary responsibilities.We ask to refrain from releasing news reports that stretch the meanings of one sided opinions when the truth has not yet been confirmed.”