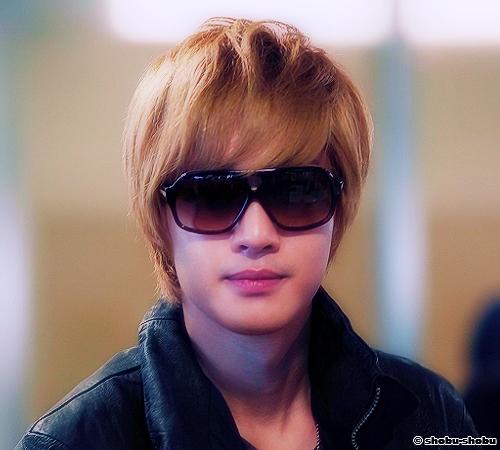 Everyone is doing it. Looking back to the good old days. In friendly sites in the internet one finds pictures, gifs, videos and films before the Choi era came to the public consciousness.

Reminisces in blogs and forums are aplenty of the times KHJ had his methodical rise to fame and fortune. We never cease to be amazed how he reinvented himself not by sheer whim but hard work and determination.

We analyse and ascribe meanings in every smile, a certain detachment at times, body language.It is as if we know him so well.It is that familiarity that perhaps separate his fandom from the rest. The world salutes his fandom’s steadfastness in believing in him. People without fail notice his professionalism even in the midst of personal problems. Or is it the ability to compartmentalise his thoughts,actions and feelings only giving way to swelling of pent up emotions as any human can only withstand for so long.

In the volatile world of South Korea entertainment industry where talents abound not to mention good looks whether natural or surgeried was such a feat that he managed his success so well. From being part of a group to being solo receiving brick bats along the way, he survived them all.

It is now part of history having entered the toxic world of celebrities with all its folly, with media involved in the fray and perhaps some other personalities as others strongly suspect. It’s over a year now and perhaps not to expect an immediate closure of the recent “scandal”.

Backtracking is a good pause – to review what some might have taken for granted. You know -that he is always there ready to surprise us,to reveal his latest the new and improved Kim hyun Joong.

It goes without saying we all backtrack with him. We were all part of his career and story in varying degrees. We have invested in what had happened to him.

One good way to look at this pause is that it will enable him to assess where he has been and where he will go next. Perhaps his route is just more dramatic then others but then KHJ is unique whether he willed it or not. Somebody said before he will always be in the spotlight. Destiny or fate?

How about us where are we going when all the dust settles down on the ground?

ANA in-flight magazine The BEST of KHJ.  Listen to on board-♪

EVERYONE is welcome to stop by our Official Blog Page ANYTIME! Please don’t forget to Like our page also! Anyone may comment on our posts as well.

Our Motto is: Henecia USA Members gather to show our love for Kim Hyun Joong and each other. The only rule is LOVE!

[Pexers Write-Ups] The Going got Tough, the Tough got Going

The Unsinkable One -Unlimited and Unbreakable will hit Japan by storm again in less than a month.

Some fans may have Judged how he looked in a recent wedding photos as gloomy or even depressed. For all we know he may be just tired for all that recording for a new album and preparation for the Gemini Concert.

That is HJ’s response to his current tough situation. To go on working.To show the world he’s got the talent and perseverance. The man is in the brave world of entertainment where perils are everyday fare and where media hope they happen or even make it happen. Include with that netizens who delight in scandals -which they juice to the last pulp bits. However, it cannot be denied that celebrities are prone to risky behavior or lives in a fishbowl existence and placed in pedestals by the public.

With or without the so called scandal, HJ is in a war zone in SK. Landmines are all over the place ready to blowup to smithereens any unfortunate celebrity. There are also snipers and marauding bands looking for morsels of gossips to use as bullets against anyone.

No sacred cow here. Everything/everybody is fair game though there are ways to avoid/duck the bullets. Shall I enumerate how? Those who are in the know say money talks, money walks,money makes and moves mountains and oceans.

There are flying bits and pieces of whispers here and there but let us just say HJ is likened to a wounded soldier who becomes more courageous with each strike he receives. What had happened may have been his hardest battle so far, but it doesn’t deter him from moving on and having a life.

And so it is a life of being a musician that he chooses to pursue for now. Nothing is lost -it is his first love anyway.

Maybe he wil even produce his masterpiece -pressure and stress produce wonder you know!